Millions of people worldwide are still working remotely to support shelter-in-place requirements brought on by the pandemic. For many workers, a remote workstyle is a preference that will likely become a more permanent arrangement. Enterprises have responded by expanding their use of VPNs to provide remote access to the masses, but is this the right choice for long-term access?

Aside from enabling easy connectivity, enterprises also must consider the security of VPNs and whether their extensive use poses risks to the organization. (Spoiler alert: they do.) Long-term use alternatives must be considered due to VPNs’ failures where remote access security is concerned. One prominent alternative is Secure Access Service Edge (SASE) platforms with embedded Zero Trust Network Access (ZTNA) that alleviate the security dangers and other disadvantages of VPN.

VPNs do not provide granular user access to specific resources. When working remotely via VPN, users access the network via a common pool of VPN-assigned IP addresses. This leads to users being able to “see” unauthorized resources on the network, putting them only a password away from being able to access them.

Insecure endpoints can spread malware to the network

There is no scrutiny of the security posture of the connecting device, which could allow malware to enter the network.

Enterprises have built a full stack of security solutions in their central and branch offices. This security doesn’t extend into workers’ homes. Thus, to maintain proper security, traffic must be routed through a security stack at the VPN’s terminus on the network. In addition to inefficient routing and increased network latency, this can result in having to purchase, deploy, monitor, and maintain security stacks at multiple sites to decentralize the security load.

VPN appliances are a single point of failure

For enterprises that support a large remote workforce connecting via VPN, there is high risk of business interruption if a VPN fails or is incapacitated, such as through a DoS attack. No appliance means no access for anyone who would connect to it.

Some VPNs have known vulnerabilities

Enterprises are responsible for monitoring for vulnerabilities and updating and patching devices as needed. Serious flaws that go unpatched can put organizations at risk. For example, in March 2020, it was reported that Iranian hackers were leveraging VPN vulnerabilities to install backdoors in corporate and government networks. The attack campaign targeted several high–profile brands of VPNs.

Adding one or more VPNs to the data center to manage and configure adds to the overall complexity of network management, which could ultimately lead to greater security vulnerabilities.

The IT department has no visibility into what is happening over these appliances. The user experience suffers when problems occur, and no one knows the root cause.

To alleviate VPN capacity constraints, organizations sometimes utilize split tunneling. This is a network architecture configuration where traffic is directed from a VPN client to the corporate network and also through a gateway to link with the Internet. The Internet and corporate network can be accessed at the same time. This provides an opportunity for attackers on the shared public network to compromise the remote computer and use it to gain network access to the internal network.

VPNs Have Other Drawbacks

In addition to the security issues, VPNs have other drawbacks that make them unsuitable for long-term remote access connectivity. For example, an appliance has capacity to support a limited number of simultaneous users. Ordinarily this isn’t a problem when companies have 10% or less of their employees working remotely, but when a much higher percentage of workers need simultaneous and continuous access, VPN capacity can be quickly exceeded. This requires the deployment of more and/or larger appliances, driving costs and management requirements up considerably. Companies use workarounds like split tunneling to address lack of scalability, which can degrade traffic visibility and security.

VPNs are no longer the only (or best) choice for enterprise remote access. Gartner’s Market Guide for Zero Trust Network Access (ZTNA) projected that by 2023, 60% of enterprises will phase out VPN and use ZTNA instead. The main driver of ZTNA adoption is the changing shape of enterprise network perimeters. Cloud workloads, work from home, mobile, and on-premises network assets must be accounted for, and point solutions, such as VPN appliances, aren’t the right tool for the job.

The main advantage of ZTNA is its granular control over who gains and maintains network access, to which specific resources, and from which end user devices. Access is granted on a least-privilege basis according to security policies.

But Zero Trust is only one part of a remote access solution. There are performance and ongoing security issues that aren’t addressed by ZTNA standalone offerings.  For example, all traffic still needs to undergo security inspection before proceeding to its destination. This is where having ZTNA fully integrated into a Secure Access Service Edge (SASE) solution is most beneficial.

SASE converges ZTNA, NextGen firewall (NGFW), and other security services along with network services such as SD-WAN, WAN optimization, and bandwidth aggregation into a cloud-native platform. Enterprises that leverage a SASE networking architecture receive the benefits of ZTNA, plus a full suite of converged network and security solutions that is both simple to manage and highly scalable. SASE provides all this in a cloud-native platform.

SASE solution enables remote users, through a client or clientless browser access, to access all business applications, via secure and optimized connection. The SASE Cloud, a global cloud-native service, can scale to accommodate any number of users without deploying a dedicated VPN infrastructure. Remote workers connect to the nearest SASE PoP – there are more than 60 PoPs worldwide – and their traffic is optimally routed across the SASE global private backbone to on-premises or cloud applications. The SASE’s baked-in security layer protects remote users against threats and enforces application access control.

Contact us to upgrade your MPLS / SD WAN to a secure, cost-effective SASE.

We were recently approached by the press to provide some policy guidelines for companies adopting the hybrid or 100%-remote model. Truth be told, GlobalDots’ legacy of remote work dates back to the surge of Skype. Yes, we’ve been working remotely for quite a while, so for us, the Pandemic didn’t change much. It is this […] 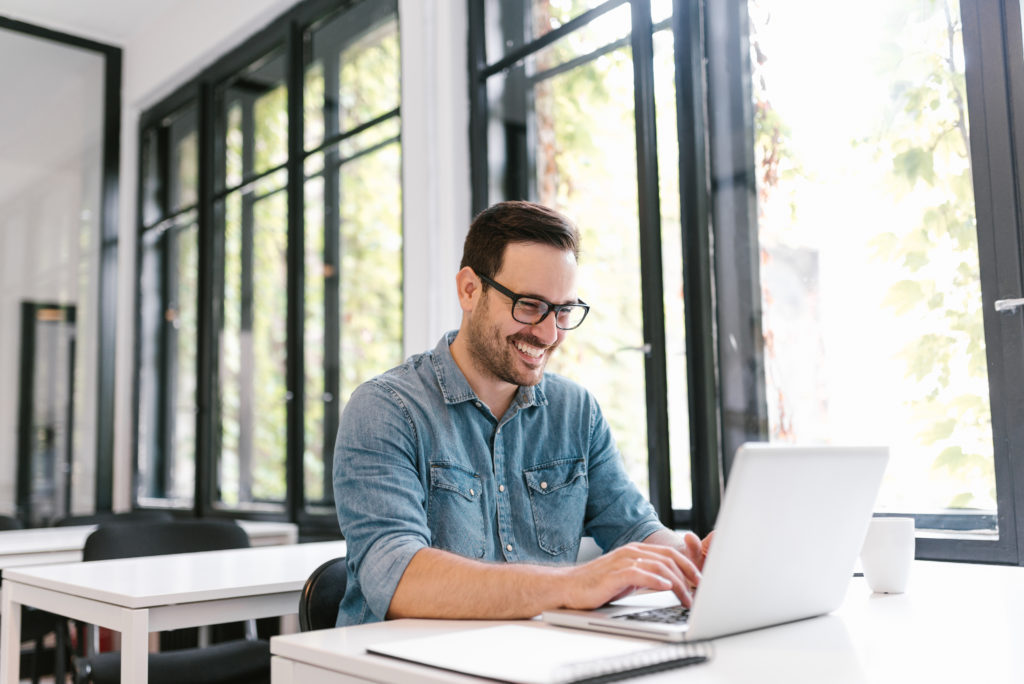 Zero Trust Access Management
How to Keep Hackers Out of Your Distributed Environment
Manuel Reischl, Head of Customer IT Support @ GlobalDots 19.12.21

New normal, new challenges One of the outcomes of COVID-19 has been our newfound openness to remote work. According to a recent PwC survey, 41% of workers would now prefer their workdays to be fully remote, compared with 29% in January 2021, signaling the desire to work remotely is only ramping up. For cybersecurity teams, this new reality brings […]

“Working from home 2021″ marks a massive shift away from common workspaces in response to the global pandemic. There is no more working remotely or working from home, there is just working. The axiom, “work is what you do, not where you go” has never before been so true. The possibility for the workforce to be location independent […]