Fujitsu Laboratories, one of the premier research centers in the world, from the Fujitsu Group, the leading Japanese information and communication technology (ICT) company, announced the development of a new, faster data transfer protocol. The software-only approach at which they have succeeded, according to the press release, “enables over 30 times improvement in file transfer speeds between Japan and the US, reduces virtual desktop operating latency to less than 1/6 of previous levels.” With this, Fujitsu addresses the recent increased popularity of mobile devices and cloud services. The new technology could significantly improve the speed of virtual desktop and web browsing applications, without further modifications to TCP applications.

The Story of Protocols

While Transmission Control Protocol (TCP) is normally used with most applications, Fujitsu claims to have found a way to add an error-checking system, as a software add-on, to a User Datagram Protocol (UDP), which is, normally faster than TCP but doesn’t usually guarantee data delivery. UDP is already used for video streaming and broadcasting, for example, it involves datagrams which are directly sent over an IP network, with very few services of error recovery.

The new, software-improved protocol, from the Fujitsu group:

The new technology will automatically convert TCP traffic standard for a wide variety of applications into the new protocol. 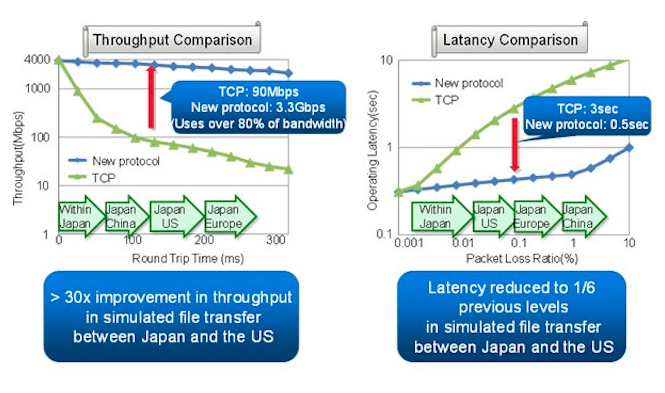 The Significance of the Discovery

The mentioned increase in cloud services and mobile devices popularity, requires an increase in web browsing speed. The impatience of mobile web users (who are now topping 1 billion) makes each millisecond count. And each 1 second delay results in a direct loss of sales money for online vendors. 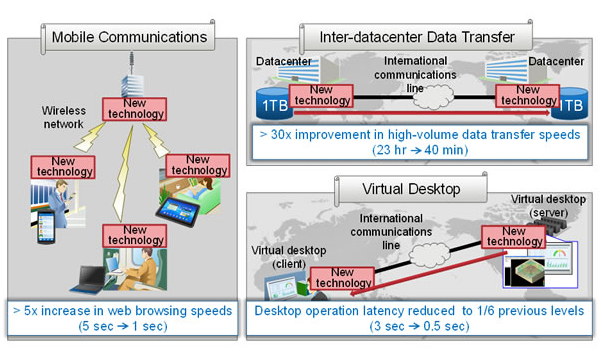 Later this year, Fujitsu Laboratories, and not to forget, the Fujitsu Group holds about 102,000 patents worldwide, will try to commercialize the technology as a communications middleware solution. Also, the claimed speed boost still remains to be proved by public tests.

However, the impatient web user is more and more to welcome such software-based answers to his faster data transfer requirements, as opposed to costly hardware improvements.