IBM has announced that it is to acquire SoftLayer in a multi-billion dollar deal.

I’ve read the official statements about how IBM is already a cloud giant and SoftLayer is to supplement it’s current services. However, I believe that the truth is much simpler:

IBM has the worst cloud offering that I have ever seen, and IBM desperately needs SoftLayer in order to be in the cloud business. IBM traditionally relies on large enterprises for its business, but many of Amazon’s largest customers did not exist 5 years ago, and are now very unlikely to turn to IBM. 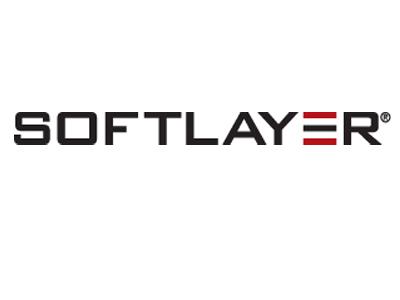 I am in the habit of signing up into different IaaS and PaaS services, in order to evaluate their capabilities and to know which ones to eventually use. So, I have had both trial and real accounts at Infrastructure as a Service providers like AWS, GoGrid, RackSpace,  SoftLayer, Microsoft Azure, and HP, as well as a couple of smaller ones.

(Nowadays, anyone with some VM to rent call themselves “Cloud Providers”, but we’ll get to this problem in the near future).

IBM stood out from the very beginning as completely different, and not for the best.

To start with, it took 3 months from the moment I applied until I got a user and a password to the IBM cloud management console. That’s right, 3 whole months. To be honest, I applied to be a reseller of IBM’s cloud, so some of the time was spent filling forms, and then forms, and more forms. The onboarding time for a regular new customer is betweek one and two weeks. With forms and then forms,  that is between one and two weeks longer than any other IaaS vendor.

The prices are between 30% and 100% higher than AWS EC2 prices. The extravaganly long registration time and the extremely high  prices reflect the very long distribution chain, including a regional distributor and a reseller. You can’t buy  IBM cloud services from IBM.

Let’s take a short break. Get a stopwatch, go to IBM’s cloud computing centre here http://www.ibm.com/cloud-computing/us/en/ and measure how long until you find a link to the management console. You can use Google. A small test I did with some friends timed the effort at an average of 3 minutes.

I will not comment on the horrid design of the console, let me just say that this is a working screen, and an orange stripe with the logo should not take up 25% of my working space.

The contents of the cloud package include some VM images, some storage and static IP.  That’s more or less what Amazon EC2 had in 2008.

The API and usage documentation is very basic and does not stack up to the competition. The API security is the poorest in the industry.

In short, IBM has an inferior, pricey product.

Finding itself unable to bootstrap its public cloud business, IBM had no choice but to buy a ready made cloud vendor.  I just hope that SoftLayer is left alone to its organizational and operational practices and not steamrolled into the IBM way of doing things.