2015 is going to be a big year when it comes to the growth of the Internet. Big things are coming our way and the industry is about to change even more this year. These are the top 5 predictions when it comes to Web Performance, Video delivery, Mobile, Cloud and Security. Hope you’ll enjoy it and share your comments.

Mobile will continue to drive Internet adoption in developing countries 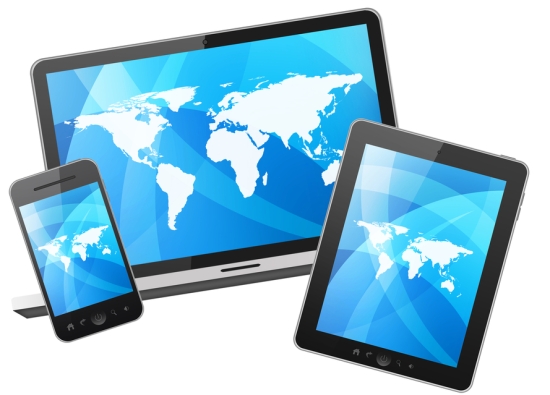 Devices such as the iPhone and other smartphones, web-enabled tablets, GPS systems, and wireless home appliances… the growth of the mobile Web has been exponential – and we’re still just at the beginning of this cycle. The mobile Web will be bigger than desktop Internet use by 2015. The number of global smartphones users will surpass 2 billion by 2016.

Advertisers worldwide recognize the increasing penetration of mobile internet and its impact on consumers, and in response, plan to spend more than $64 billion on mobile ads in 2015, 60% more than that spent in 2014. Industry leaders will spend and orchestrate massive investments in the tens to hundreds of millions of dollars in systems and processes to engage consumers effectively on mobile devices, letting mobile both change the cost structure and the revenue models for businesses.

2015 should be a big year for CDN. Content owners need a new infrastructure that provides a global televison-like experience, where CDN fits perfectly. The leading CDNs are enhancing their basic delivery services with software that makes publishing and managing video easier and content owners are beginig to understand that they’re better off by offloading non-core activities, risks, and variable costs to a CDN purpose-built to deliver broadcast-quality video. 5 years ago, the content delivery revenue was $1.9743 Billion.

It’s projected that CDN will gross over $4.3632 Billion, meaning that the revenue multiplied 2.3 times in 5 years.

The web has an amazing future but people often prefer native apps because they’re faster and, in some cases, offer a smaller installation package than a corresponding web page.Average page weight has doubled during the past three years to reach an obese 2MB. Performance has been highlighted by many in the industry but it’s yet to grow on general consciousness of web developers. 2015 is the year to re-evaluate and prioritize performance. In November 2011, the average page contained 96 KB worth of scripts.

Today, that number has grown to 175 KB – almost 24% of the average page’s total weight. In 2011, the average page size was 475 KB, nowdays it’s 740 KB, which is a 56% increase. This may not sound like much in a world where we’ve gotten used to 2 MB pages being pushed to our desktops, but put that number in the context of your data plan and think about it again.

Hybrid cloud management will finally mature. In 2015, enterprises will start to figure out how to use the tools that are available to expose private cloud resources to their developers. 20 percent of enterprises will see enough value in community-driven open source standards and frameworks to adopt them strategically by 2017.

Businesses will be faced with more choices in the cloud than ever before. IT decision makers’ spending on security technologies will increase 46% in 2015, with cloud computing increasing 42% and business analytics investments up 38%. The days of fighting the Cloud are over. On average, 82% of online companies save money on a daily basis by leveraging the Cloud based solutions. That percentage is to get even higher in 2015. In 2008, the cloud computing industry was $46 Billion. In 2014, it was $150 Billion. That’s a growth of over 300% in 6 short years.

Security threats will continue to challenge both enterprises and startups

The challenges of IT security practitioners in 2015 will pretty much stay the same; minimize successful attacks against their enterprises, making the best of whatever human and technological resources they have. Email threats will take on a new level of sophistication and evasiveness, email will play an increasingly integral role in data compromises. although spam volumes are decreasing, most users will begin to witness an increase in the amount of spam they receive in their inbox,because most email security measures will be incapable of detecting them in the Cloud scrubbing prior to passing to a user’s inbox.

Bots still outnumber humans online, accounting for 56% of Internet traffic versus humans at 44%. And bad or malicious bots account for more traffic than good bots, with 29% of a site’s traffic. Good bots represent 27% of site visits. Advertisers are losing $6.3 billion to $10 billion per year of ad revenue to fraud, thanks to the epidemic of phony ad traffic perpetrated by bots.

Those are the top 5 predictions made for the Web in this year alone and by the looks of things, the Internet business in 2015 is going to change a lot – becoming bigger, more accessible and ever-more mobile friendly, but not without technical and business challenges.