At GlobalDots we have been developing an exclusive partnership program with selected web performance professionals to strengthen the collaboration and knowledge transfer within our industry. For starters, we ran a few Q&A sessions with the experts to find out what were their thoughts about the state of web performance industry and the challenges that are to be expected in 2017. Here’s what they said. 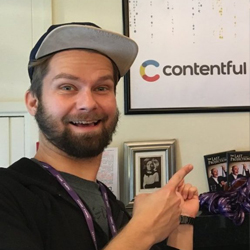 I started programming seven years ago and quickly fell in love with web performance, new technologies and automation. I worked for several startups in Berlin and recently joined Contentful to tell the world how an API-first CMS can make you a bit happier.

Web performance is the chance to save your visitors’ time and money .

I feel like the industry today reached a complexity where it is tough to keep track. My focus lies in the frontend area and especially in the last 2-3 years a lot of best practices changed, and new technologies evolved. We see cutting edge websites being built next to really weak and slow ones.

What are the biggest challenges in the web performance industry?

The biggest challenge is the fast pace and the need to keep track of everything. Best practices change quickly. I praised web performance basics for years, and a few of these are now obsolete. We now consider resource splitting because we have HTTP/2 and take care of the main thread in the browser. A lot of things considered being the way to go didn’t even exist a few years ago.

We have to find a way to educate everybody to get to a faster web. At the end it’s not only about the people spending hours and hours learning new technologies being always on the cutting edge, but rather all the people building for the web.

Right now on my reading/watch list are “Advanced JS performance with V8 and Web Assembly” and “*When everything’s important, nothing is!*”. The topic of “boot up” time of single page applications is a really hot topic right now. I definitely have to play around with smart code splitting.

To keep myself up to date I’m subscribed to several newsletters. Most of them are frontend related. For a broader overview, I follow Web Performance Weekly and am also subscribed to the Web Ops Weekly newsletter.

I don’t follow any specific blogs, but I do follow people like Steve Souders, Paul Lewis, Addy Osmani and Jake Archibald. They’re all doing a great job educating the developer community.

Well… first of all the price. Important things to watch out are HTTP/2 and HTTPS support and if the data centers are next to the target market.

In best case, everybody – less latency leads to a faster web.

I’m usually not the decision maker about which CDN to use, but I see that there are more and more popping up. And even if this makes it harder to pick the right one, having competition in this market is probably a good thing.

The frontend plays a huge role regarding web performance. Check for render blocking resources and get everything as tiny as possible. I keep seeing websites including tenths of render blocking scripts included in the HEAD of a website. These not only open up several single points of failure but also delay the time until the user sees something meaningful.

Also, minification, image optimization and even picking the correct image format are things people still don’t think about or care too much.

A lot of people only test on their machines in their high-speed networks. We all work on cutting edge computers with decent internet connections. Achieving a well-performing result in these environments is easy, but what happens on a slow 3G connection on a 150$ phone?

Optimizing for the web means optimizing for everybody. Tools like Webpagetest can help you to test from different locations with different connection speeds and maybe you want to buy a few cheap phones to see how your product performances in low-cost environments. 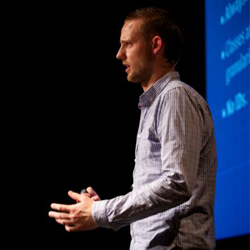 Hi! I’m Harry – I’m a consultant front-end architect and performance engineer from the UK. I spend my time helping clients all over the world to make their websites and applications fast. I do a lot of training and public speaking in the hope of spreading the knowledge a little further so that other developers can make fast experiences without me. I want the web to win.
I write about front-end performance at csswizardry.com, and tweet about the web in general at @csswizardry.

Making delivery of your product, website, or service as fast and robust as possible to people in all different situations.

My current opinion is that the performance industry is growing and taking hold, which is good, but also that performance in general seems to be getting worse. The web is becoming increasingly westernised, which means developers in modern cities with great infrastructure and more consistent network connections are building websites under the assumption that everybody else is just like them. The truth is that millions of people are not like them at all.

I think in 2017 we should be looking at isomorphic/universal JavaScript, so that we’re not building single-page web apps that completely block rendering. Websites that need to download megabytes of JS before they’ll even show me something are the only sites that consistently fail to load. We should also focus on the next billion people coming online, where they’re coming from, and what browsing/network conditions they’re in.

Honestly, I think it boils down to a lack of knowledge (or, unfortunately, lack of caring). A lot of non-technical stakeholders don’t necessarily realise that the feature requests they’re making, or the dozens of tracking scripts they want, or their full pages of ads, have such a profound negative impact on performance.

I also think a lot of developers out there are somewhat oblivious to the problem as well, as I hint at in the previous answer. Performance often seems to be an afterthought, which it just cannot be. Performance is a design decision.

Honestly, I don’t tend to follow specific blogs. I much prefer to follow individuals on Twitter and get an array of different sources that way. That said, there are some great resources out there:

Anyone who has a truly worldwide audience. If you’re only servicing a single geographic region, the architectural overhead of a CDN probably won’t be worth it. Host everything in one spot, and make use of domain sharding to help with parallelisation.

Honestly, I couldn’t really say. My work sits very much on the front-end, so I’m never likely to be commissioning CDN services. My current knowledge of the market isn’t really that fresh.

Optimising the critical rendering path. Get the vital content there first, and the rest can show up when it’s ready.

Focusing on micro-optimisations. Catch the low hanging fruit first, because it’s the cheapest, quickest, and usually most effective. Check that you’re compressing your transfer, make sure you’re not sending anything crazy over the wire, check for redirects and 404s, etc. 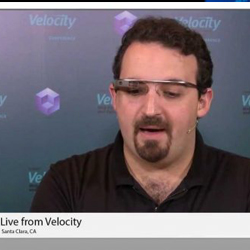 I’m a mobile+web developer and trainer, focused on web performance and the web on mobile devices, including hybrid, native and progressive web app development. I’ve authored several books, the last one “High Performance Mobile Web” published by O’Reilly Media. I’ve been doing trainings for 15 years for top companies around the world.

Web performance is one of the most important goals of your web content (or web app) because it’s the one that will assure you more conversion and the best user experience.

The Web performance industry is mature now with a huge ecosystem of companies, developer tools and documentation, although a big part of the Web is not involved yet and we still need to convince people how important Web Performance is.

Testing and measuring on real conditions is still something that needs better tools and solutions. Also, newer frameworks and patterns moving lot of work on the client is challenging the Web community every day.

I use Twitter to keep me updated, so instead of selecting a blog, create the best possible list of followers in the industry.

Check whether the CDN is updated to the latest trends and technologies, such as HTTP/2 and HTTP Client Hints. The industry evolves quickly and your CDN provider needs to be on that train.

If Responsive Web Design was used without performance in mind, I analyze first its impact to see if an architecture change is needed or not.

Thinking that Responsive Web Design was a goal to achieve without understanding what it means, losing the focus of what’s important was something I’ve seen a lot. Most of the time, overloading content in the first load is also a big problem and it’s incredible how basic things like avoiding blocking scripts or serving some files using GZIP are still not being used everywhere.