Verizon possibly launching an auction to sell its data centers

Verizon has possibly started a process to sell its data center assets, hoping to fetch more than $2.5 billion. A sale would represent the latest effort by Verizon, the No. 1 U.S. wireless carrier, to streamline its portfolio following a divestment last year of a chunk of its landline business and a portfolio of wireless towers. It would also mark a reversal of its strategy to expand in hosting and colocation services after it acquired data center operator Terremark in 2011 for $1.4 billion. The “colocation” portfolio that is supposedly up for sale includes 48 data centers, and generates annual earnings before interest, tax, depreciation and amortization of around $275 million. The enterprise telecommunications industry has had to adapt in recent years to corporate customers seeking more sophisticated and cheaper offerings to manage their data. Verizon joins a host of its rivals in telecommunications who are shedding their data centers. We’ll just have to wait and see how the story unfurls for Verizon. 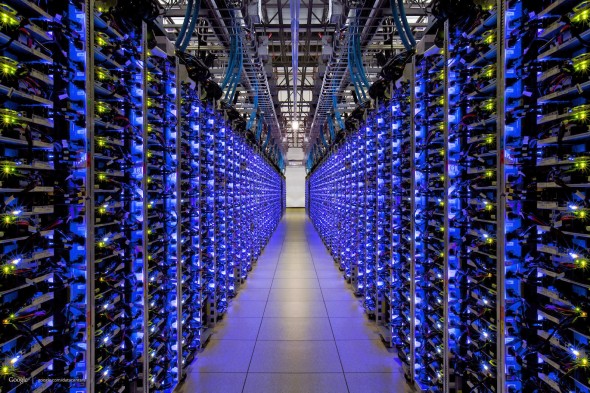 Google has published a self-congratulatory new year post about its public cloud service, claiming to be leader in price and performance. Google showed in a like-for-like comparison that the firm could offer an equivalent to the AWS High CPU C4 package for $44.66, far less than Amazon’s $76.65. The quoted figures suggest that Google is 15 to 41 percent cheaper than Amazon Web Services (AWS) for compute, despite using four cores consistently instead of varying according to demand. Public cloud prices have continued to drop based on quantities of scale. Google Cloud has always taken the Moore’s Law approach by passing on savings from its increased customer base. But with AWS and the other big competitor, Microsoft’s Azure Cloud, continuing to make inroads and knockdowns, Google’s recent posts suggests that the story is far from over and that we’re about to see pricing change a lot in the next couple of months.

Kaspersky Lab has introduced a new security cloud that provides real-time threat updates to customers without sending company data to the public cloud. Kaspersky Private Security Network (KPSN) is a private cloud that includes an internal copy of Kaspersky Security Network (KSN), the company’s distributed cloud infrastructure with servers in various countries that processes on-the-fly requests from Kaspersky solutions on corporate and home user computers. KSN sends information into the cloud to test whether a file or website is dangerous or innocuous in this instantaneous way, and it currently protects about 80,000,000 users per year. KPSN uses databases installed on servers located within the corporate information infrastructure. The network uses regular one-way synchronization with KSN to receive real-time data about threats to protect a customer’s network so not a single shred of data is sent from the corporate network to the cloud.

Spain’s Telefónica SA is preparing a possible sale of noncore assets worth €5 billion to €6 billion ($5.43 billion to $6.52 billion) including telephony towers. The well-flagged move, first announced by Telefónica officials in November, would look to help the telecom company cut its debt pile, which currently stands at €49.7 billion—slightly above the company’s market value.  Telefónica is trying to complete the $14 billion sale of its O2 U.K. unit to rival CK Hutchison Holdings Ltd. – aiming to seal the deal in the second quarter. Telefónica officials have previously said that they are considering alternatives to raise additional funds in such case, also including a possible listing of the company’s Mexican unit.

Verizon and Sony Music today announced a multi-year agreement to distribute a slate of original video content programming from Sony Music through the go90 mobile platform. Noting that users are increasingly turning to mobile devices to watch web series and shows, Sony Music has partnered with Verizon to deliver a diverse lineup of highly engaging programs that provide an all new way to connect with their favorite music and video content. As part of the new partnership, go90, a mobile video service and social entertainment platform, will feature a number of new original series from Sony Music, as well as special live music events and performances. In addition to new original programming from Sony Music, the agreement also covers a slate of previously announced programming from Astronauts Wanted, the joint venture between MTV veteran Judy McGrath and Sony Music Entertainment.