US video entertainment Spend to peak at $123 billion next year

The packaged video market, although in decline, will still exceed $10 billion in retail value at the end of 2014 according to Futuresource figures, taking second position behind subscription Pay-TV. By 2015 digital video and box office will both exceed packaged video spend for the first time and will extend the lead out to 2018.

Check the full article at StreamingMedia.

With spend to reach $30 billion by 2018, wearable tech is all rage these days – WearableWorldNews brings a great infographic about the technology landscape. 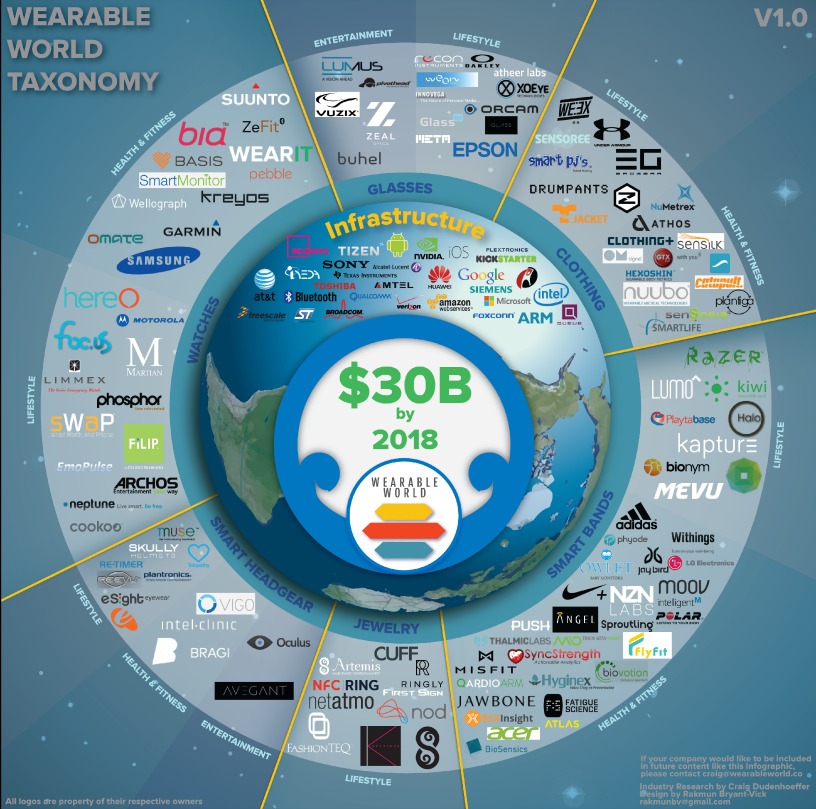 Read the full article at WebPerformanceToday.

15-30% of the world’s Web traffic is delivered over the Akamai platform. Continually-updated visualizations provide a picture of global Web traffic, viruses/attacks, the speed of data moving between major cities, and the volume of data and users on the Akamai platform. Akamai also monitors the volume of visitors to hundreds of worldwide online news, mobile and industry specific sites and compiles data on the most-read stories, purchasing behavior, and global concentration of online consumers.

Google Analytics Site Speed is a free real user monitoring (RUM) tool that exists in your GA dashboard under the “Behavior” menu. It measures site speed and captures other session information via a snippet of code included in a web page.

In GA site speed, errors occur frequently, and not consistently enough to make accurate comparisons of different time frames without some scrubbing. Those errors (predictably) can throw off the averages substantially. A little data analysis can go along way – don’t blindly trust your data, especially when the source is not purpose-built. (There are many solutions that focus exclusively on performance monitoring via RUM; for Google Analytics it’s a value-add feature). Is this tool useless? No; RUM data is very interesting and potentially actionable, and GA is one of the only tools that allows you to do it so easily and for free.  But you should take steps to make sure it’s not misleading.

Read the full article at Yottaa.