Rackspace, Level 3, Hibernia, FTC and Microsoft in this weeks news 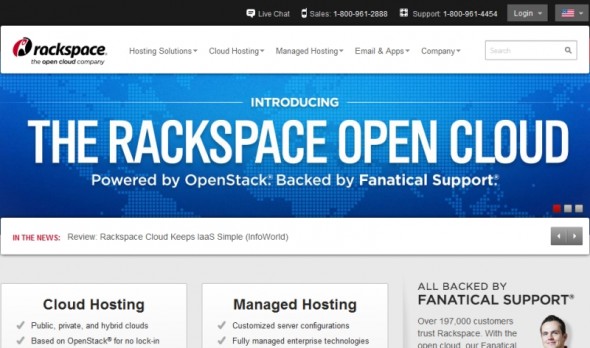 Level 3 Communications, the provider of communications and networking services and solutions, announced that the German HTML5 games distributor, Famobi, is leveraging its Content Delivery Network (CDN) and cloud storage solutions to provide its gamers with a fast and reliable gaming experience. Famobi comprises of many former KaiserGames developers and the Company was experiencing an exponential growth in terms of gamers and partners both in and outside Germany. Level 3’s solutions have not only reduced download times for its users owing to better connectivity and use of gzip for compression, but also resulted in better customer interaction and lesser dropout rates, proving that hiring a CDN provider is a right call.

Hibernia Express, the provider of of high speed global telecom services, announced that the company is on the verge of completing its 4600-km low latency submarine cable project that would connect Halifax, Nova Scotia in Canada with London, England as well as Cork, Ireland to provide high-speed and low latency connectivity between North America and Europe. The Express Cable is expected to be up and running from September 2015 and will triple Hibernia Networks’ capacity on the transatlantic route by adding an excess bandwidth of 10 Tbps per fiber pair.

A U.S. appeals court said the Federal Trade Commission has authority to regulate corporate cybersecurity, and may pursue a lawsuit accusing hotel operator Wyndham Worldwide Corp of failing to properly safeguard consumers’ information. Congress has not adopted wide-ranging legislation governing data security, a growing concerns amid high-profile breaches such as at retailer Target Corp, the infidelity website AshleyMadison.com, and even U.S. government databases. In 2009, hackers broke into Wyndham’s computer system and have stolen credit card and other personal details from more than 619,000 consumers, leading to over $10.6 million in fraudulent charges. The FTC sued Wyndham in June 2012, claiming that the company’s computer systems unreasonably and unnecessarily exposed consumer data to the risk of theft. The case epilogue is yet to come.