Numbers From This Year’s Presidential Debates, IoT DDoS Attacks Analysis And More in This Weeks News

Numbers from this year’s Presidential debates

We already mentioned some very interesting statistics from Fastly in our last week’s news, but here’s some more debate numbers! Akamai made a page where all statistics from all major debate events are carefully depicted. Looking through this page, you will have a clear picture of just how much viewers are engaged in the elections by seeing the max peak traffic, audience size and average bitrate.

Cloudflare endured some attacks in the near past that came from devices that had port 23 (telnet) open or closed, never filtered. Most of the hosts were Vietnamese networks that looked like connected CCTV cameras. Multiple had open port 80 with presenting “NETSurveillance WEB” page. These were all hints that the attacks were coming from an IoT (Internet-of-Things) category of devices. Cloudflare team measured these attacks by the number of requests and bandwidth. They also managed to approximately learn from where the attacks were coming from.

Live for Facebook Mentions is a feature that enables Facebook users to stream live video, and for this, they’ve rolled out their internal CDN (Content Delivery Network). This move brought with it a host of vexing logistical issues which needed to be solved. Problems like traffic spikes (thundering herd problem) and load balancing needed to be addressed for millions of users trying to access different live streams. Now, rather than letting clients connect directly to the live stream server, Facebook set up a globally distributed network of global edge caches. They’ve also enabled RTMP playback to shorten the latency in live broadcasts to just a few seconds. 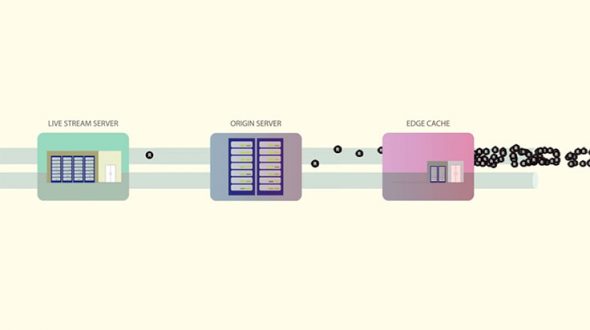 More about IoT, this time the topic is: devices. Akamai published a small article which features a list of most used devices for IoT attacks. If you own any of these devices you can also protect yourself & your devices from being used in a distributed attacks by using their End-User Guidance that is also contained in the article. Here’s the list: