E-Commerce Trend in 2014: Invest in Tablet

Mobile was the eCommerce trend throughout the past year, but the experts see that the new trend may be: tablet. Vendors invested significantly in 2012 and 2013 in creating smart phone-specific shopping experiences. The result was that the average conversion rate for smart phone visitors grew 51.6%, while the growth of conversion rate on PC and Tablet were stuck at 3.0% or 2.6%. If eCommerce vendors directed resources to crafting tablet-specific shopping experiences, as they have done for mobile, tablet conversions could rise at least as fast as PCs, or even faster.

A look at e-commerce in 2014, that continues the series of cyblerlaw predictions for the coming year, quotes as the number #1 prediction that the tablet-first design will become the norm. “New websites are increasingly designed to be responsive, but the default template still tends to be for desktop. However, tablets are fast becoming the internet-enabled device of choice and they’re set to overtake PCs by 2016, according to research company IDC. Couple this with very convincing conversion rates (at least equal to PCs at 2.54 per cent), and it’s clear that retailers will have to start considering tablet devices as most important from a design perspective. It’s a much smarter way to work – on the whole, tablet experiences can adapt perfectly for desktop users, whereas this is less likely to be the case the other way round. (Mark Leiser, TheDrum)”

Tablets are also expected to sell better than PCs (Canalys), whether Android or iPads, and muscle their dominance into the computer marketplace. A 50% market share for tablets is expected to equate to around 285 million units shipped in 2014. By 2017, that figure is expected to soar to 396 million devices, according to Canalys. 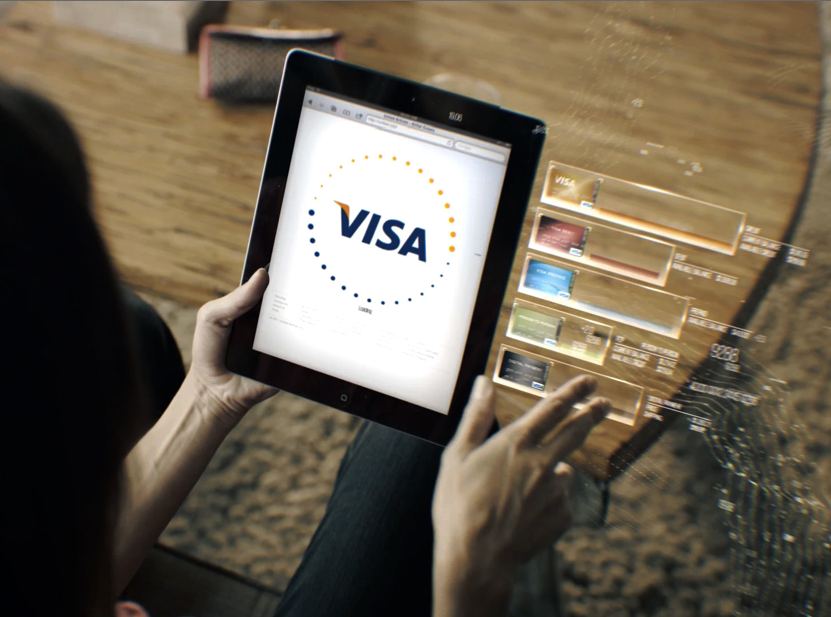 Given the fact that in 2013, 55% of all time spent on online stores was done on mobile devices combined with the growing popularity of smartphones, tablets and the like, it’s clear that mobile traffic is going to be huge in 2014, but tablet users behave very differently than smartphone users. Tablet shoppers not only have a much higher conversion rate than the average mobile shopper, but tablet shoppers spend about 21% more than other consumers and further research proves that tablet owners typically come from high-income households, and are prepared to spend much more per purchase than regular desktop visitors: on average, tablet users spent more than $126.00 per order, and smartphone users spent about $106 per order.

Translate from Desktop to Tablet

While tablet conversion rates are almost always rated higher than smartphone conversion rates, many of the top websites and top retailers do not yet have an optimized experience for tablet customers, the practice of which should drastically change in 2014. The websites should become responsive to the common interaction patterns of tablet users, and ensure that the customer journey from discovery to purchase is both easy and enjoyable, i.e. provide a great shopping experience on a device that is tailored to the unique context of a large touchscreen. “Users swipe, prod, rotate and hold their tablets like a book while lounging, walking, chatting and watching TV. These actions don’t automatically translate from a desktop environment!” 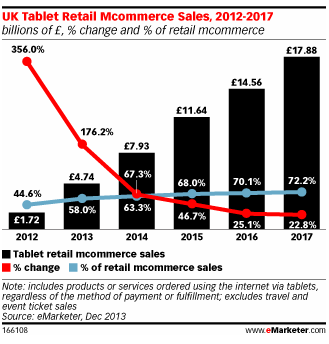 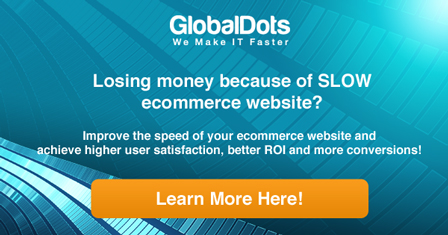