Digital Opportunities Behind The Great Firewall of China

As we all know, People’s Republic of China, the world’s most populous state, has seen a tremendous economic growth in the last two decades. The transition from “emerging market” to “global superpower” has been completed quite some time ago and today China holds a huge portion of the global economic pie. The same has reflected onto the digital sector. 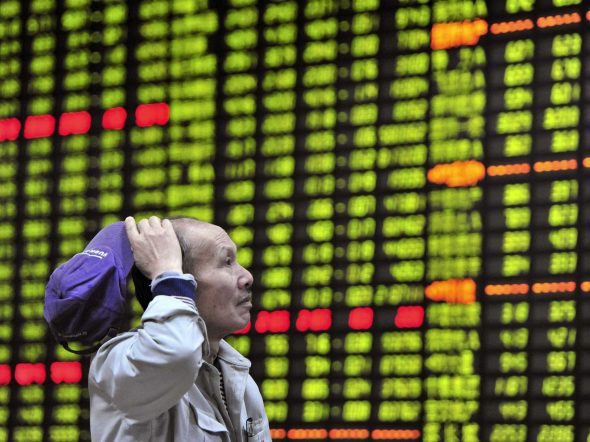 Tweet this: There are immense digital opportunities behind the Great Firewall of China

Constant progress meant the adoption and development of new technologies and has propelled the Chinese digital market as a great opportunity for all global business efforts. We bring you a few key things you should definitely know about the far-east digital superpower.

The Chinese economic boom is no surprise considering their leading party has been executing a series of social and economic development initiatives for a long time and is already at the 13th China’s Five Year Plan.
With “One Belt, One Road” (connectivity strategy and framework), “Internet Plus” (IT initiative) and “Made In China 2025” (integration of digital technologies and industrialization strategy) as cornerstones, the Chinese economy is set for further progress. Intense urbanisation and the growing middle class (estimated to reach 650M by 2020) have also facilitated the adoption of new technologies.

Some of China’s 2015 growth statistics are quite impressive. For instance:

Meanwhile, the number of Chinese users connected to the Internet in 2016 is expected to reach way beyond 700M (bear in mind that the entire USA population amounts at 318M). ChinaCache statistics for 2015 show that the Internet penetration is around 49% (while 88% in USA) which means the real market growth potential is yet to be achieved.

Although the technological penetration has hit record heights, quick technology adoption and growth paired with strict state policies have also put quite a few challenges in the fields of quality and performance. One of the issues is the ISP’s regional monopoly with all major ISPs such as China Unicom, China Telecom and China Mobile being owned by the same state-owned company thus lacking in competitive progress. The overall infrastructure generally suffers from inefficient routing, poor peering and expensive bandwidth. Strict state rules and the political economic introversion heritage show the market as only partially open to foreign investments.

Another substantial limitation is the amount of international exit locations. International traffic is allowed to leave exclusively through 3 locations:

This causes traffic congestion and high latency because of excessive, long and costly roundtrips. For example, China Unicom’s network traffic from Shenzhen to Hong Kong gets routed via the Beijing exit resulting in a 3000 Km distance, however the best optimized route via Guangzhou would be only 100 Km long.

The largest population of netizens on the globe fueled by the earlier mentioned rapid urbanization is now suffering of chronic international bandwidth deficit and high latency.

Historically known for building monumental defensive structures, the Chinese have lived up to the expectations in the online domain as well. In November 2003 the Ministry of Public Security of the government of China launched a project that was being developed for 5 years. The Golden Shield Project also known as the Great Firewall of China is the world’s most sophisticated state-censorship and surveillance apparatus, employing at least 2 million online censors to run a system that blocks unfavorable incoming data from foreign countries. 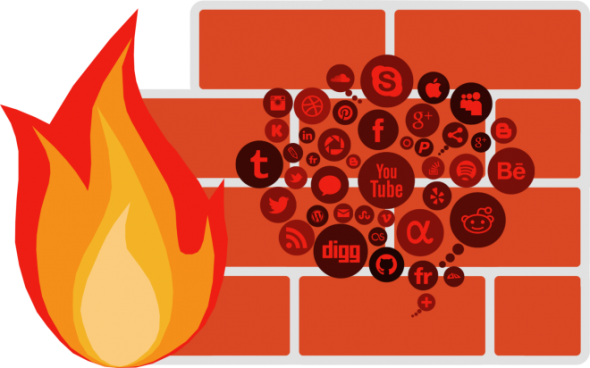 Since 2012, the Chinese government has been strongly reinforcing the Great Firewall whose main functions are network screening and censorship as well as to neutralise critical online opinion. It’s being enforced as prevention of Chinese people from being corrupted by evil culture (e.g. gambling).

All internet traffic entering China is susceptible to the Great Firewall and if all standards are not met it will execute any of the necessary actions to eliminate non conforming content and incoming threats. It’s known that the Firewall performs IP blocking, DNS filtering and redirection, URL filtering, Packet filtering but also TCP connection resets, Man-in-the-middle and even DDoS attacks.

The architect of the Great Firewall was himself blocked by it.

Tweet this: The architect of the Great Firewall was himself blocked by it.

As mentioned before, strict policies are enforced within the Chinese Internet ecosystem. An Internet Content Provider License (ICP) or permit is required in order to operate online. The permit is issued by the Chinese Ministry of Industry and Information Technology (MIIT) upon approval and it can take 5-20 working days to get one.

The ICP license numbers can often be found on the bottom of a website’s home page.

If you’re thinking that it may not be necessary for your business, we got bad news for you. If you are hosting a website within China or using a local CDN you will need an ICP licence.

Tweet this: If you are hosting a website within China or using a local CDN you will need an ICP licence.

The MIIT distinguishes 2 different types of ICP permit, managed at provincial level. The first is the ICP license for commercial websites, which covers any website offering goods or services to customers. The second one is the ICP filing (recordial) for non-commercial websites which are purely informational and are not involved in direct sales.

If you don’t have an ICP but use a local hosting provider or CDN your site will be blocked anyway.

Many global companies operating in the fields of e-commerce, internet search, news and social media such as Google, Youtube, Facebook, The New York Times and Rakuten to name just a few, have been blocked by the Great Firewall of China. But even if restricted, you can often find government-approved (censored) versions of these sites that allow Chinese users to access similar services without running into “politically sensitive” information. These copycats as they’re commonly referred to, have actually developed into much more than a bare copy of foreign successful websites. They adapted to the Chinese ecosystem and are less globally-friendly, but they also developed different features and functionalities that set them apart from the competition and their Western counterparts. 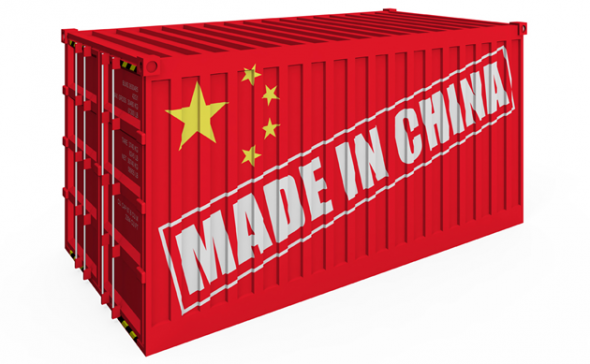 In 2000 Google tried to conquer the market when they offered their first search engine in Chinese. Unfortunately for Google, the attempt coincided with the launch of Baidu, a Chinese search engine founded several months earlier.

Because of the government’s preferential treatment of local companies, Baidu quickly gained the upper hand and despite numerous attempts to reverse the tendency (acquiring a stake in Baidu, launching Google.cn, etc.), Google never managed to reach Baidu’s success. As a matter of fact, from April 2015 to March 2016, Baidu accounted for 78.95% of all searches made in China while Google achieved a mere 1.95%.

China may already be the world’s largest e-commerce market but specialists predict that by 2020, it could actually be worth more than that of Japan, Germany, France, the UK and the US combined.

Tweet this: By 2020, the Chinese digital market will be worth as Japan, Germany, France, UK and US combined.

Accordingly, in the early 2000s, both eBay and Amazon tried to enter the Chinese e-commerce market. Initially they managed to grab an important share of the market, but neither company succeeded in maintaining it when the local competition ensued. Their incapacity to adapt to the Chinese business environment was an opportunity that Alibaba took advantage of.
Unless you actually live or travel in Asia, you’ll probably never come into contact with any local websites which is why it’s easy to underestimate the immensity of China’s digital economy. The Chinese digital landscape isn’t to be taken lightly and many western internet companies have been unsuccessful in their attempts to conquer the Chinese market.

In the context of CDNs, providers such as Akamai and CDNetwork offer some solutions through partnerships but the only global provider licensed by the Chinese government is ChinaCache. China’s first content delivery network was founded in 1998 as the first and only global CDN provider originating from China.

Since then ChinaCache expanded rapidly by reaching USA and global market and even got listed on NASDAQ in 2010.

They enjoy a high degree privileged relationship with the government and are the only CDN provider within China Mainland as most CDNs will have coverage only to Hong Kong.

There are some cheaper solutions but most of them won’t provide a high service quality and performance level compared to ChinaCache. 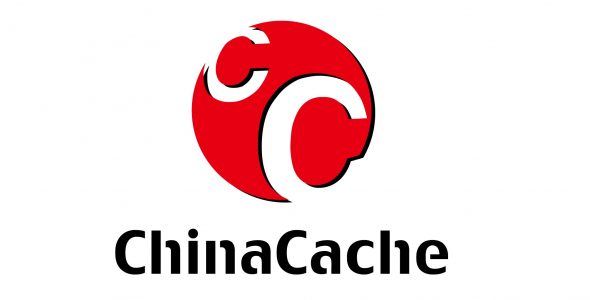 The huge and notoriously difficult for business Chinese market has its unique cultural differences and therefore their online ecosystem requires specific knowledge and infrastructure in order to be effective within the market.

One has to consider the economic and technological framework, overcome the bureaucratic specifics and possess a deep understanding of the chinese online landscape and culture.

However tempting it may be to try and launch a business in China, any serious online business attempt requires a professional and dedicated approach in order to fully understand and leverage the economic opportunities that arise in the “far-east superpower”. At that moment, experts like GlobalDots are the ones to turn to.