Home Resources Blog Damballa Integrates with Palo Alto Networks, AWS’s Business is up 69% over last year and more in this weeks news

Damballa Integrates with Palo Alto Networks, AWS’s Business is up 69% over last year and more in this weeks news

Damballa, a network security monitoring company, announced that its failsafe threat detection platform now integrates with Palo Alto Network’ Panorama network security management platform and Next-Generation Firewalls to help customers identify and mitigate external threats at the earliest possible stage. With this integration, customers of Palo Alto Networks will be able to leverage Damballa Failsafe to discover active infections and notify the Palo Alto Networks Panorama or NGFW platform of suspected or infected devices, and identify whether communication attempts are being made with a command and control (C&C) server. Damballa Failsafe 6.0 leverages a distributed computing architecture that enables the seamless addition of powerful new detection modules, ease of integration with other security technologies, and more efficient processing power. As a result, enterprises can ‘future-proof’ their threat detection platform to deal with current and emerging threats. 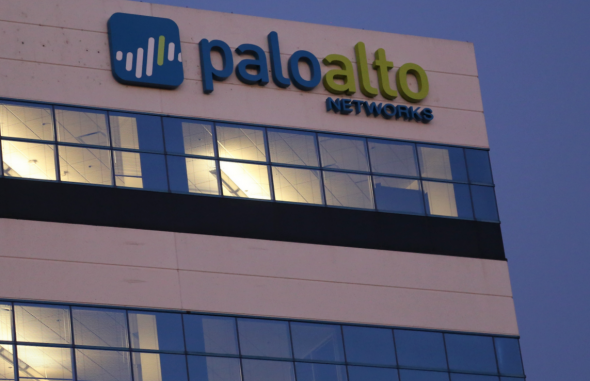 Broadband OTT television service YipTV relies heavily on cloud-based media-delivery solutions from Akamai to assure that it can scale rapidly to serve large audiences with the highest-quality Internet viewing experience. YipTV, which allows subscribers to watch 18 live TV channels free on any broadband-connected device including smartphones, has seen explosive growth since launching in May 2015.  The company has continually added channels to meet viewers’ demands, so it’s IT networking professionals turned to Akamai because they needed a provider of cloud media services that offers responsive, reliable and optimized video delivery quality and performance for audiences on any screen, anywhere. By leveraging Akamai’s solutions, YipTV was able to protect its channels, reduce network lag time and monitor network performance at a more granular level than competing providers. By leveraging Akamai’s global distribution of ingest points, YipTV was also able to deliver global video on demand.  Akamai’s comprehensive media analytics also helped measure online video quality and audience behavior.

Amazon Web Services (AWS), a cloud infrastructure provider that companies use to run applications, brought in $2.4 billion in revenue for the fourth quarter of 2015. That’s a 69.37 percent year-over-year increase. AWS brought in $687 million in operating income for the quarter. That’s up from $240 million one year earlier. The operating expenditures for AWS for the quarter came in at $1.718 billion, up from $1.18 billion a year earlier. In 2015, Amazon Web Services made a total of $7.88 billion and brought it to Amazon’s revenue table. Since it’s launch in 2006, Amazon Web Services have had a strong presence in the cloud infrastructure market; other competitors include Softlayer, Microsoft Azure, Akamai, Level 3 Communications, Cloudflare, Incapsula and more. The latest addition to Amazon Web Services was the AWS Certificate Manager, a new automatization service.

Microsoft has launched its Azure IoT Hub – a cloud service for registering, managing, and communicating with Internet-connected devices.  Azure IoT Hub is a big part of Azure IoT Suite, a bundle of products that can be used to build and run applications that integrate with connected devices. And because of that, the release of Azure IoT Hub is a big deal for the Internet of Things (IoT) strategy of Microsoft as a whole. Essentially, Azure IoT Hub serves as a backend that tells embedded devices what to do. It also collects the data those embedded devices collect, in order to power applications linked to them. Azure IoT Hub also comes with the advantage of being able to integrate with Microsoft’s other cloud services, which means developers can easily access something like Azure Machine Learning to handle processing and other tasks. Azure IoT Hub became available in public preview in October, but the service was not included in the launch of the Azure IoT Suite.