Apple’s earnings next week may set a Nasdaq record

The Nasdaq 100 index, dominated by U.S. technology stocks, may set a record high next week, helped by good earnings from Apple Inc. The Dow Jones industrial average rose 0.9 percent to 17,646.70, the S&P 500 index recovered another 1.1 percent to 2,075.15, and the Nasdaq Composite closed the week up 2.27 percent at 5,031.86. The Nasdaq 100 index, including Apple, is just 1.5 percent below its year high and 4.0 percent from its record high back in March 2000. Intel and Microsoft have seen their stocks recover more than 30 percent each since Aug. 25, while Amazon and Facebook rose 28 percent and 23 percent, respectively. Apple is expected to report $51.1 billion in revenue, a 21.3 percent increase compared to the same quarter of last year. Earnings are seen at $1.879 per share. Options market action shows traders expect Apple shares to move roughly 5.0 percent by the end of next week. The average move for the stock the day after its report in the last eight quarters was 4.4 percent, up or down. 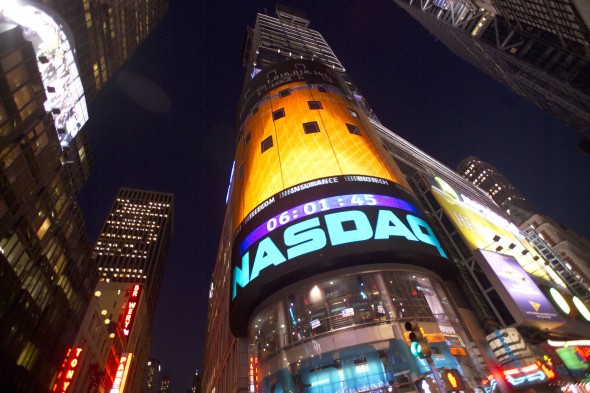 An Idaho man is suing the U.S. government for compromising his personal information in computer hacks revealed earlier this year at the federal Office of Personnel Management that put the private data of at least 21.5 million Americans at risk. Victor Hobbs, an aviation safety specialist for the Federal Aviation Administration, claims the U.S. hiring agency violated his constitutional right to privacy and was negligent by failing to properly secure his personal information. The data stolen from its computer networks included Social Security numbers and other sensitive data on millions of current and former federal workers and people who underwent security clearances background checks. Several other lawsuits, including from two unions representing federal workers, have been filed in federal courts elsewhere in the nation accusing the OPM of violating privacy and other rights in relation to the data hack.

MaxCDN, the Content Delivery Network provider announced that one of it’s customers, RebatesZone, was able to not only scale its websites and improve the performance of its web pages, but also was able to increase its web traffic by a whopping 1495%.  The creator of RebatesZone, Atezaz Ahmed has said that moving to MaxCDN resulted in an almost 200% improvement in page-load times and this much improved browsing experience for its customers led to not only 1495% increase in number of visitors, but also 433% more conversions; various other statistics have also been mentioned. This is a constant reminder that a faster website leads to better Google ranks and hence RebatesZone was able to get a lot more organic traffic by leveraging MaxCDN. Website performance is the no. 1 thing when it comes to operating a web based business.

Mozilla has announced that hat it has allocated $1 million to dole out grants to support free and open-source software projects around the world. Mozilla is looking to make about 10 grants initially, and the $1 million sum could be increased over time. The company only wants to put the money partly toward open-source tools that Mozilla uses internally. “We prosper because of the technology and activism which comes from this movement. And we know that open source and free software remains a key part of the Internet and the online life we seek to build. We have had a grant program for many years. Now it is time to formalize a systematic way to provide a new level of support to this community,” Mozilla chair Mitchell Baker wrote in a blog post. It’s important to say that Firefox’s open-source software is free, not just the browser. These are great news for Mozilla’s community.

Level 3 Communications, the international provider of CDN and communications and networking solutions, announced that El Comercio, an Ecuador-based popular daily newspaper, is leveraging its Content Delivery Network (CDN) solution to optimize delivery of content on its website www.elcomercio.com. The company needed to provide a seamless and fast browsing experience to its end-users. By leveraging Level 3’s CDN solutions, the company was able to reduce its network costs and ensure low latency connectivity, as well as increase the level of security to its website against various malicious threats by using Level 3’s Security Suite. Both parties announced their satisfaction over the business deal.