Akamai Applies for Mobile Security and Sensitive Data Handling Patents, AT&T Hits back at Verizon and more in this weeks news

The CEO of Akamai, Tom Leighton, applied for a patent titled “Method and system for handling sensitive data in a content delivery network.” This publication outlines a process by which a CDN such as Akamai could process transactions involving customer’s credit card numbers and payment information. When a data transfer occurs during a money transaction, the web page is actually delivered from the origin server, not from the CDN. This patent aims to change that dynamic by patenting the use of SSL and other secure links to handle this phase of the data transfer as well as all other aspects previously handled by the CDN. The patent also broadens the scope of this information to include PII, healthcare info, finance information and other similar confidentialities. Akamai also applied for a second patent;  the “Distributed computing service platform for mobile network traffic” patent outlines added platform resources such as deep packet inspection, transcoding, etc. which can be used to create an encrypted channel between a mobile device “through the mobile network, using content provider key and certificate information available to the platform. 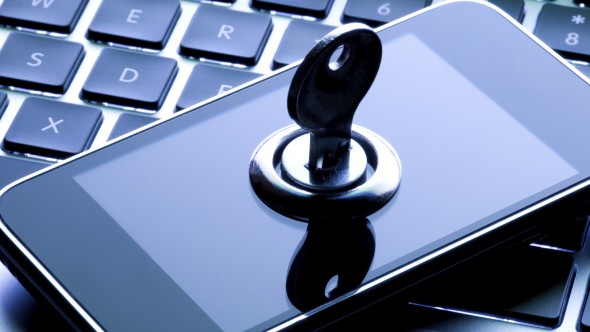 AT&T Hits Back At Verizon, Announces 5G Field Trials In 2016

AT&T announced it had laid the groundwork for an ambitious plan to test 5G in select US areas later this summer ahead of its major rivals, throwing the gauntlet at Verizon, which announced last September that it intended to be the first wireless service provider to launch 5G in the US.Not only has AT&T been filing a bevy of 5G-associated patents in recent years, it also paved the way for its 5G pivot when it announced plans back in 2014 to virtualize 75% of its network by 2020 – it expects to reach 30% virtualization by 2016 with over 14 million subscribers supported. If the 5G lab trials are proven successful, AT&T boasts that it will be setting the stage for widespread 5G services at speeds that are 10-100 times faster than current 4G LTE standards with latency limited to between 1 and 5 milliseconds. Actual 5G standards are not expected to materialize fully until 2018.

The cloud access security broker, Skyhigh networks, announced that they have begun a partnership with Zscaler, a cloud security company, which will focus on securing cloud services. Due to increased usage of cloud services, both companies have been continuing to forage ahead in the cyber-security realm by seeking out security measures that better protect clients who rely heavily on cloud services. With their integrated Skyhigh-Zscaler solution, the companies hope to offer end-to-end cloud security, enabling companies to obtain enhanced visibility into all their cloud services, while being able to view comprehensive security reports that identify malicious content to protect corporate data. This is great news for the current and future customer base, Skyhigh Networks and Zscaler have both stated that joint users will gain increased visibility, comprehensive risk assessment and advanced threat protection.

Akamai announced their 2015 earnings and the biggest take away – their Security Solutions segment is currently at a $300M annual run-rate, which is very impressive, considering the fact that the  security solutions business segment didn’t exist a few years ago. A few years ago, the only security solution Akamai provided was token auth + SSL certs + ability to withstand massive DDoS attacks, not really mitigate them like they do today. This opened up to 2 important twists. First, Akamai has surpassed Palo Alto Networks (PANW) in income, since PANW still makes a bulk of their cash flow via appliances. Second, what are the traditional security companies like Palo Alto Networks and FireEye going to do to compete against the new cloud security threat? Obviously they can’t really do much in the short term, since they lack the CDN skill-set.

In 2008, Netflix suffered a major database corruption that disrupted service to its customers for three days. After that incident, Netflix decided that it would be smarter to migrate its service over to the cloud and ditch their datacenters; after 8 years, the complete migration to  AWS has finally been complete. Not only has moving to Amazon’s cloud allowed the service to expand, but it has also benefited in Netflix’s expansion to other parts of the world. By hosting on Amazon, it enables us to dynamically shift around and expand our global infrastructure capacity, creating a better and more enjoyable streaming experience for Netflix members wherever they are. This decision also turned out the be an economically strategic move, as  the service costs a fraction of what it would cost to maintain its own data centers.