Home Resources Blog 41.6 Billion IoT Devices will be Generating 79.4 Zettabytes of Data in 2025

The number of devices connected to the Internet, including the machines, sensors, and cameras that make up the Internet of Things (IoT), continues to grow at a steady pace.

A new forecast from IDC estimates that there will be 41.6 billion connected IoT devices, or “things,” generating 79.4 zettabytes (ZB) of data in 2025.

As the number of connected IoT devices grows, the amount of data generated by these devices will also grow. Some of this data is small and bursty, indicating a single metric of a machine’s health, while large amounts of data can be generated by video surveillance cameras using computer vision to analyze crowds of people, for example.

There is an obvious direct relationship between all the “things” and the data these things create. IDC projects that the amount of data created by these connected IoT devices will see a compound annual growth rate (CAGR) of 28.7% over the 2018-2025 forecast period.

Most of the data is being generated by video surveillance applications, but other categories such as industrial and medical will increasingly generate more data over time. 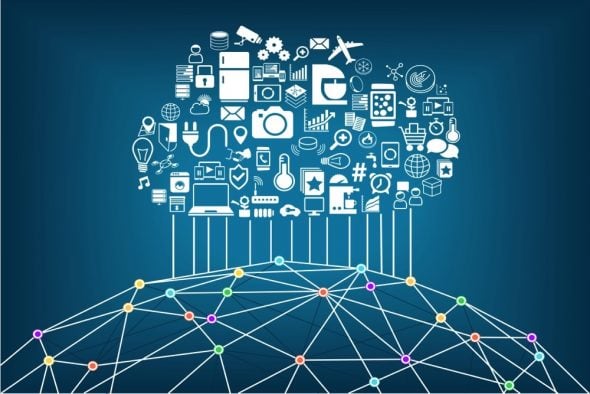 “If you want an innovation enabler, unbiased source of truth to help you navigate the fast-changing cloud-sphere, we’re right here” – CEO & Founder of GlobalDots, Yuval Rachlin