Home Resources Blog How i-MLRP Protocol Will Disrupt the Internet

How i-MLRP Protocol Will Disrupt the Internet

Twenty or more years ago, autonomous cars, drones or AI were just a sci-fi dream. That dream was brought to reality by the constant adoption of innovative technologies and fearless individuals that pioneered breakthrough solutions. During the last few decades, a common factor for most innovations was information technology and the omnipresent Internet. The web made difficult processes easier, slow procedures became quicker; what was until recently unthinkable – became possible. 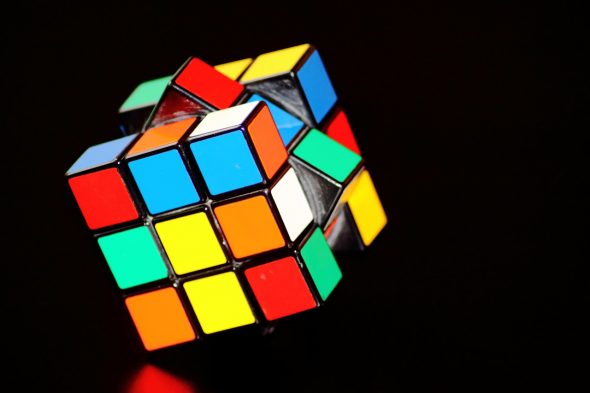 Tweet this: Why i-MLRP? The Internet as we know it has reached its limitations

Enterprises today are well aware of the competitive advantages of adopting innovative technologies and solutions. Constant adoption and progress fueled investments – companies poured billions and billions of dollars in hardware, software and innovative services. It culminated with iPhones, Google, Netflix, IoT and many other disruptive solutions. What was once considered far fetched, is now feasible or even common standard.

The Internet As We Know It Has Reached Its Limits

Internet became the underlying infrastructure of the digital revolution – the 4th industrial revolution, upon which we’ve built economies and global businesses which produced trillions of dollars in value and further propelled innovation and progress. However, the infrastructure upon which everything operates has remained pretty much the same for the last 30 years. In their current format, the Internet infrastructure and communication technologies have reached their limitations. It is often considered broken and not secure enough for the next technology leaps.

You may disagree at first, but if you take a step back and look at the big picture, in terms of Internet infrastructure, we didn’t build anything revolutionary and new, but only kept improving the existing. For 30 years we kept patching it up, disguising fixes and small improvements as innovations; we keep putting band-aids on open wounds for the last 30 years. 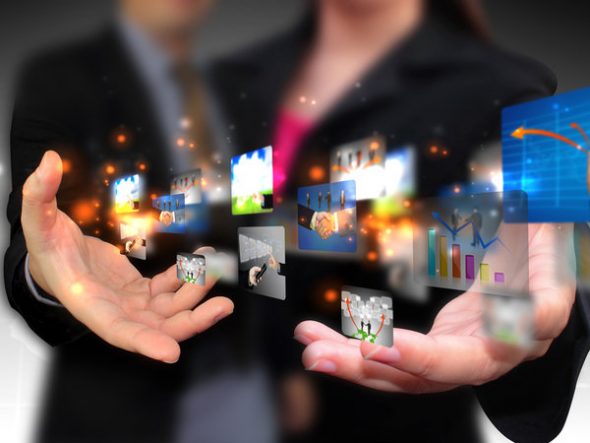 Tweet this: In terms of Internet infrastructure – nothing revolutionary and new was built in the last 30 years

Today we have cloud solutions, machine learning, artificial intelligence and distributed computing. And they all operate on the same old protocols. Even Amazon and Google, the greatest tech innovators of our time, run their services on aged protocols. Although those protocols are today optimized and highly functional, they are guided by principles and rules that were in place quite some time ago. The Border Gateway Protocol (BGP) came into use around 30 years ago and is today a crumbling house of cards. Also, BGP doesn’t provide any visibility and offers zero intelligence. In a nutshell, BGP stores data in a table, which then uses obsolete algorithms to move packets around. What the future will require is a routing protocol powered by deep learning models paired with a system that will overlook a global map in real time to make intelligent decisions – practically, predictive routing.

The whole BGP system with AS, DNS and IP addresses will have no place in the future of networking and communication in general. As time goes by, current infrastructure protocols will become a growing obstruction to further progress. It’s about time to start rethinking them.

According to Ernie Regalado, CTO and founder at Bizety, in 7 years we’ll have ubiquitous Internet. This starting premise is rather different to what Akamai and Cisco predict. Some of their experts believe that last-mile connectivity will be 50x faster than the core network (middle-mile) comprised of major ISPs. Such large differences between the last mile and the core network can translate to massive issues for the Internet at large. Regalado claims that their predictions didn’t include properly the GAMAF factor (from Google + Apple + Facebook + Amazon + Microsoft).

GAMAF forms a huge market entity worth north of $ 2.7 trillion that keeps investing heavily into infrastructure and technology. It forms the biggest telecom entity worldwide and holds the majority of the overall global Internet traffic. We can be sure there will be enough core network capacity regardless of the global amount of bandwidth capacity within the last mile. 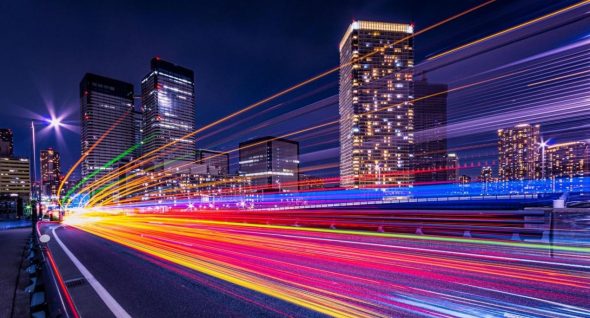 Ubiquitous Internet is definitely something we can expect. But to support all those requests and enable further digital evolution, a new and improved routing protocol and IP packet structure must be invented. For that matter, a new routing protocol and packet structure are being conceptualized and designed, they’re called Infinite Machine Learning Routing Protocol (i-MLRP) and Learning Packet System (LPS).

Rethinking the internet infrastructure requires more of a philosophically innovative approach rather than just an upgraded version that eliminates technical deficiencies. What is seen as necessary at this point is a radical, bold and creative solution that requires passion and imagination on top of technical competence. 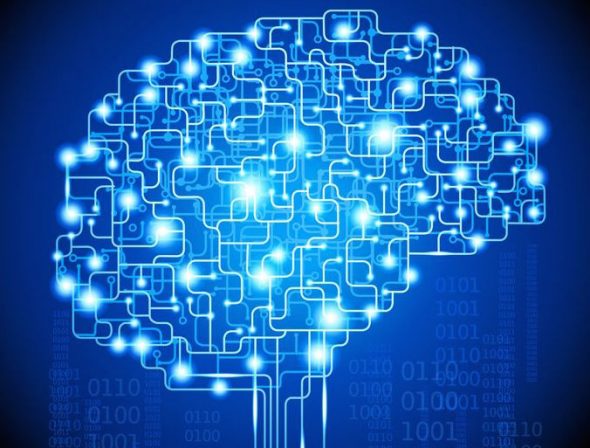 Tweet this: i-MLRP will eliminate: DDoS attacks, VPNs, MPLSs, congestions… all while running through 1 port

Recently, an idea that promises to challenge the current paradigms, is the Infinite Machine Learning Routing Protocol (i-MLRP). The project was founded by internet infrastructure futurist, Ernie Regalado, CTO and founder at Bizety.com. The goal for the next twelve months is to develop a roadmap for a future infrastructure, all by taking into account future needs and inventions. The processes are intended to be built around a set of high-level goals described as Architectural Principles. The overall purpose of the i-MLRP is to open the bridge to a new era of communication.

What was detected as the primary issue with the current paradigm is not just the BGP itself, but rather the underlying basic networking unit – the packet. i-MLRP aims to replace the packet with a new structure which will merge intelligence, security and machine learning. There are some predictions to what i-MLRP will bring to the world:

The basic idea brought forward by the i-MLRP project looks to involve and challenge the world’s greatest minds and research institutions in order to bring a consistent solution that will suffice for the next 20-30 years.

The current basic networking unit is the packet, which is comprised of data. Packet switching, as the underlying communication system, supports protocols like IP or UDP, and connection-based ones like MPLS and Frame Relay. The basic properties of the current packet are: 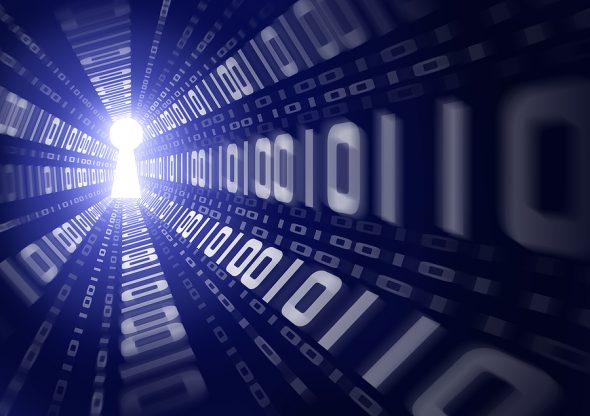 The new concept for the packet will simply disregard all legacy packet characteristics and build a new one from scratch. The LPS is expected to replace all current packet structures in the next few years. Taking in consideration the premise of the ubiquitous Internet, the size and content of the LPS will take whatever size or form necessary for an efficient and safe communication. The key attributes of the proposed LPS should cover: 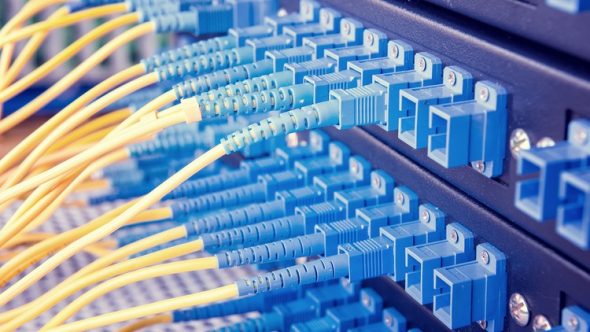 With Universal Networking in place, all things networking will be executed with a 1-protocol-1-layer approach, flattening the OSI model to one layer and eliminating the need for different ports (HTTP, FTP, etc.). The LPS and i-MLRP are intended to collaborate through an end-to-end network process as follows:

When a user requests a piece of content the request is sent through an LPS to the origin and back. The whole communication is handled by a single high performing machine learning protocol. The protocol is responsible for all communications starting with the end-user and proceeding – to the local provider – to the cloud – data centers – thousands of machines dispersed across regions – and back to the user. With LPS being intelligent, it can easily detect the type of networking environment and adjust accordingly, whether it’s for the first-mile, core-network, container, intra-data center etc.

With the global networking infrastructure hitting its limitations, the time has come to eliminate today’s limited technologies and rebuild a new and appropriate infrastructure. As said, the development of the next generation internet protocols will come down to more than just technical expertise and intelligence; it will require endless sources of creativity, imagination and maybe even craziness to push the limits of the human brain in order to give birth to the future of communication and networking – a high-performing and highly secure Internet. The i-MLRP along with LPS and Universal Networking concepts, are a big step in that direction. Hopefully, they will become the cornerstone of a tech-dominated future with drones, IoT devices, hovercrafts, quantum computers and technologies not invented yet.

The i-MLRP and LPS are still in their infancy and will require years of research and development until it becomes fully ready to support the Internet of the future. Until then, we are left to patch and fix our current technologies. Luckily, for that matter you can always turn to experts like GlobalDots for anything web performance and security related.