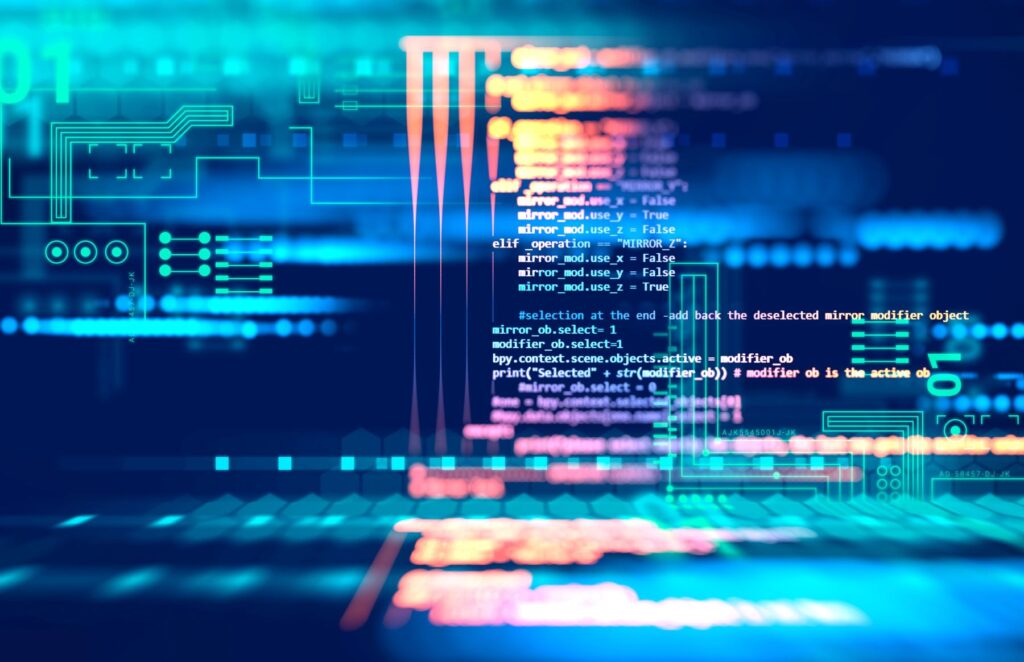 The Costly Toll a CDN Outage Crisis Has on eCommerce Companies

One Bug, Thousands of Outages

June 8th, 2021 – the date may trigger a not-so-distant discomfort. If you’re an avid shopper, you may remember it as the day the internet broke. ECommerce companies saw serious outages across major sites; Amazon, Etsy and Ebay all tumbled into various states of Error 503. The cost was substantial: Amazon alone lost $34 million in sales, and millions of users were prevented from interacting with the brands they love. Marketing efforts were majorly affected, as news and social media sites such as Reddit, Twitch, the Guardian, and the New York Times were all unavailable for almost an hour.

The cause behind this widespread outage was one bug within one service provider. Fastly had pushed an update to a customer, inadvertently triggering a brand-new software issue that – within 5 minutes – brought down 85% of the CDN provider’s network. For many eCommerce stores, avid customers were faced with an ‘Error 503: Service Unavailable’ message. After a frantic hour of hurried bug-fixing, Fastly succeeded in restoring service to their network – and the internet breathed a sigh of relief.

The Fastly outage is part of a growing trend. 2019 saw a Cloudflare issue that struck similarly enormous chunks of the internet, as a sudden misconfiguration reared its ugly head. Thanks to this bug, certain firewall processes suddenly started to consume large amounts of the provider’s processing power. Cloudflare was forced to shut down processes for half an hour as they deployed fixes. These CDN outages encapsulate the reality of foundational online infrastructure: software will always find new and exciting ways to break.

The most recent blackouts include Akamai last year and Cloudflare in June 2022. The former saw a fault within Akamai DNS only a few weeks after Fastly’s blip. This crucial service directs customers to their nearest cache; essentially, it’s the mechanism that drives site acceleration. Thanks to an undisclosed fault, users were left unable to access any Akamai-hosted site for just over an hour.

Cloudflare’s most recent problem was another self-inflicted outage. The provider is currently upgrading large swathes of its architecture as it aims to build a more resilient network. Ironically, early one morning, the dev team pushed an update that proceeded to take 19 of its busiest data centers offline. In the ensuing panic, the team proceeded to panic patch, ‘walking over’ one another’s changes and causing further delay. Discord, Shopify, and JustEat all fell into catatonic states for an hour.

When your CDN provider fails, it’s more than just a 503’d website. Customer portals, web applications and internal processes begin to break down. If you cannot provide services to your customers, you’ll notice the ensuing tidal wave of broken brand trust. Even worse, it can place you at the mercy of your own Service Level Agreement (SLA). If that SLA gives your customers an indemnity clause, then expect to lose roughly a month’s worth of revenue – all from CDN outages that weren’t your fault.

Beyond the financial, CDN outages have far-reaching social repercussions; brand image is of particular importance to publicly traded companies. Bad experiences spread faster and cut deeper than their positive counterparts, single-handedly driving 80% of customers toward competitors.

Let’s see why outages happen – and how you can crash-proof your online presence.

Server Failure: When the Foundation Fails

Servers are a critical part of your site. Unfortunately, they are vulnerable to a number of severe failures.

A server can be rendered nigh unresponsive thanks to a single complex request. The demanding process of handling requests means that the CPU and memory work incredibly hard. This computational activity generates heat. Push the temperatures too high, and the server will have to make a choice between continuing – which can fry critical components such as the CPU – or be forced to shut down, leading to irretrievable data loss.

Bugs can bring a server down in such a manner that – though it appears still functional – it’s essentially bricked. Hardware components can break or wear out – for instance, if a memory chip is returning incorrect data, and the memory has no error correction process, the server can fail in a spectacular number of ways.

From defective memory modules to super-heated motherboards, hardware issues leave your eager customers on the receiving end of a veritable pick-and-mix of error codes. This can be confusing, and regularly suffering outages creates a reputation of unreliability for your brand.

Unfortunately, you cannot predict when a server is going to fail – or how. Server owners are also not fond of updating critical server components, as it’s tedious and demands long periods of downtime.

The Rise and Rise of CDNs

Users don’t just expect sites to be online and available at any moment; they expect rapid delivery of said content. Whereas smaller, shared servers are like traditional snail mail, modern CDNs are groups of servers that provide lightning-fast delivery of online content – think same-day delivery, but for data packages.

A small handful of CDN suppliers serve over 40% of the 100,000 most popular websites. This architecture has proven so powerful, however, that more and more businesses are investing in private CDNs.

To demonstrate the rising dominance of CDN architecture, the following graph shows the growing amount of monthly internet traffic delivered by CDNs. For context, 1 exabyte is 1 billion gigabytes:

2021 didn’t just mark the ever-more rapid adoption of eCommerce – it also drastically highlighted the fragility of the internet. June in particular saw a number of major CDN providers stumble.

The relatively low number of CDN heavyweights is made worse by the fact that they rely on broadly interconnected infrastructure. Now more than ever, badly written code, unprepared configurations, and complex bugs can cause shocking amounts of disruption.

Protecting your user experience is the single goal of brand continuity. The obvious – and best-known – solution is a multi-CDN setup. Now, if one CDN goes under, your secondary provider can bear the strain of your traffic. However, Multi-CDN setups aren’t suitable for everyone.

Thankfully, there is another way.

One solution is an edge platform with a difference, wherein the central platform operates as a high-performance stop-gap. Your global CDN presence is reinforced by region-specific backup servers, closely replicating the infrastructure you rely on day-to-day.

A service monitoring mechanism will first establish whether a connection fault is on your end or the CDN’s. If it’s a server-side issue, then the DNS server automatically switches your site traffic to the backup platform.

Your core server is protected from traffic spikes thanks to the ingrained nature of the backup solution. During everyday use, 1% of your eCommerce site traffic is routed through the backup edge provider. This guarantees that the backup caches are kept updated, enabling the solution network to seamlessly shoulder the traffic load during an outage.

Once a stable connection to your CDN servers is detected, the solution automatically switches your user traffic back, guaranteeing that you continue to utilize your CDN provider’s high-speed servers.

Crisis response is nuanced and nerve-wracking. What if, instead of scrambling to minimize the damage wreaked upon the brand, your continued online status could pull you ahead of KO’d competitors?

We are the premium partners of all major CDN providers, and our 20 years of industry experience means our portfolio of innovative performance and continuity solutions is unrivaled. Trusted by eCommerce brands such as Lufthansa, Payoneer, Monday Bosch, END, and Home24, this is how you can guarantee business continuity across outages and peak seasons.

Contact GlobatDots to book a free demo, and start your journey toward true business continuity today 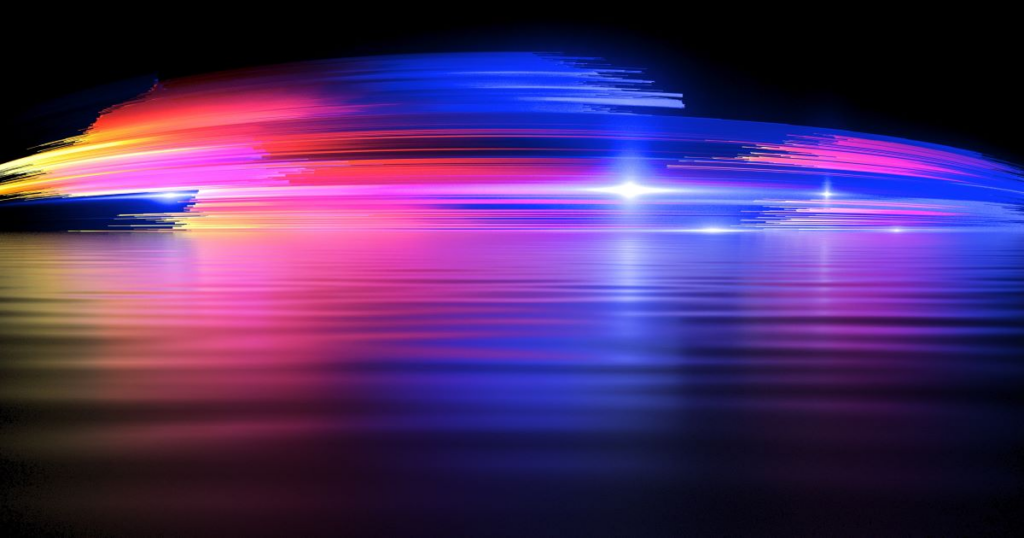 Latency is an eCommerce killer. Studies throughout the last decade have proven that the longer your site visitor waits, the less likely they’ll convert, and the less they’ll appreciate your brand. Rapid site delivery – especially when it comes to dynamic content – is now a necessity for global-minded eCommerce companies. Speed is Key The […] In the rush towards ever-faster content delivery, mature organizations have prioritized ultra-low latency over basic brand reliability. CDN providers are perfectly placed to funnel the fastest traffic to the closest user, but it is becoming increasingly clear that eCommerce companies have placed them at the pinnacle of customer experience – without adequate structural support. Revenue […]