Tech community is helping migrants, China on Uber and Didi, Google lost control over Android and more in this weeks news

My Refuge, a website and app which tries to put refugees looking for a home in touch with people willing to provide one, described as “AirBnB for refugees, with no money involved”. The plan faces obstacles, such as how to work out if someone is a genuine refugee among others, as well as connecting people with ideas to others with the skills to enact them. The site currently supports people migrating to join their family, to work, to study or to find a visa after graduation, listing the thousands of possible visa permutations depending on age, family, income and other factors. There is one more service available – advising those wishing to move to another country because they are fleeing war or persecution. Since we live in an era of great technological appliance, there really is no excuse for not helping somebody in need, especially during a crisis such as this one. 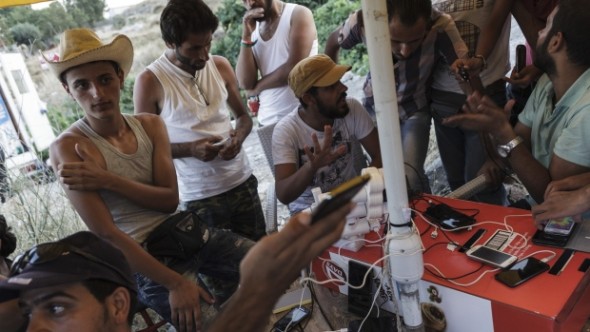 China has published draft rules to regulate online car hailing businesses, a booming sector where U.S. firm Uber Technologies Inc and Chinese rival Didi Kuaidi have been aggressively competing for market share. The draft rules, which will be open to public feedback, will require ride-sharing companies to obtain a license and guarantee a transparent pricing mechanism. Drivers will also have to meet certain qualifications such as driving experience, and those without a license will not be allowed to provide services. The number of seats will be limited to no more than seven in each car. Didi Kuaidi is the dominant ride-hailing app in China, although Uber recently closed a $1.2 billion deal to enter 100 more Chinese cities in the next 12 months. It’s going to be interesting to see how the turf war develops in the months to come.

Google has lost control of Android

Stagefright was a huge vulnerability of nearly one billion Android devices, as it affected  running Android versions from 2.2 to 5.1.  Stagefright 2.0 can travel via specially adapted and apparently innocuous MP3/MP4 files – and those files can be stored inside apps, unlike it’s predecessor that could have been accessed via an MMS message. Stagefright 2.0 reveals a massive security problem that affects almost every Android device, and Google needs to solve it ASAP.  Apple has a massive advantage over Android: it doesn’t have to persuade anybody but its users to install a security patch. No matter how good Google is at issuing patches, it then has to persuade manufacturers, carriers, or both, to issue those patches, which causes fragmentation, where some people get updates and lots don’t. The lack of control Google has over Android security is a huge weakness, which can very well lead to far worse things. So far, there is no solution for Stagedright 2.0, only words of caution.

Level 3 Communications, the provider of networking and communications services, announced that IFB Certus, a  Peru-based educational institution, has selected it multiple services including Internet access and Data center services to ensure fast and reliable IT connectivity and telecom support for its customers in Lima, Arequipa and Chiclayo in Peru. Level 3 will also re-engineer IFB Certus’ data transmission network and also provide Cloud Connect services to IFB Certus in Lima and other nearby regions, as well as provide access to it’s networking solutions. Level 3 will also host IFB Certus’ data on its Lima data center and provide disaster recovery support as well, which is great for every user of IFB Certus’ services.

Limelight Networks, a content delivery network provider, announced that the Described and Captioned Media Program (DCMP), has selected its Limelight Orchestrate solution to ensure optimal delivery of its rich-media content to visually and/or hearing impaired K-12 students around the world. DCMP said that it had around 7000 full-length educational videos as well as various media assets that it wanted to deliver to the students across multiple platforms including Macs, PCs, iPads, mobile apps and Roku and this was causing various scalability and efficiency issues. DCMP was able to ensure fast and reliable delivery of this digital content by leveraging Limelight’s Orchestrate Video Service, without investing any additional capital for network infrastructure, which is good news.