Level3 To Provide Better Connectivity And Network Reach To Globalstar

Level3 Communications, the provider of fiber-based communication services, announced that Globalstar, the international satellite communications provider has decided to leverage its services to provide a fully meshed Multi-Protocol Label Switching (MPLS) network for its ground stations around the globe. Apart from leveraging Level 3’s meshed MPLS architecture, Globalstar will also be using Level 3’s fiber footprint in the United States for its terrestrial low power service (TLPS) wireless broadband deployment. Both parties were satisfied with the partnership and expressed enthusiasm over future endeavors.

The use of 3D printing in the auto industry is set to quintuple over the next five years to a value of $1.25 billion. The total current value of the car industry’s 3D printing work is about $267 million. But that number is expected to grow to $1.25 billion by 2019, according to data provided to 3D Printing Industry by SmarTech. According to the 3D Printing Industry, companies in the industry spend about $168 million a year on 3D printing hardware and about $99 million on materials.

Ford had first started experimenting with the technology, also known as “additive manufacturing,” in the late 1980s, and even purchased some of the first 3D printers ever made. By leveraging the 3D printing solutions the automobile industry hopest to shorten the vehicles’ production cycles and thus save big money. Today, Ford has three 3D printing facilities in Dearborn and two in Europe.

Read the full article at VentureBeat.

MaxCDN Expands In Middle-East By Adding A PoP In Tel Aviv, Israel

MaxCDN, which was formerly known as NetDNA , announced that the Company has further improved the performance of its global network in the Middle-East region by adding a new Point-of-Presence Tel Aviv, Israel. the Company was observing some latency in the Middle-East region and the addition of this new PoP improved the web response times by as high as 900%. The addition of this new location is part of the Company’s recent global expansion, which saw additional PoPs at Hong Kong in China, Sydney in Australia and Tokyo in Japan. These locations greatly improve the CDN reach for both Asia-Pacific as well as Europe-Middle East and Africa (EMEA) regions.

The Pirate Bay story will continue in 2015

On December 9, police in Stockholm raided a data center, seizing servers and other computer equipment. Other torrent sites reported an up to 10 percent increase in traffic from the displaced users. That said, the shutdown had virtually no effect on overall piracy levels. On December 12, isoHunt unofficially resurrected The Pirate Bay by copying what it could find of the original torrent database and making it accessible on a new site called oldpiratebay.org. On December 19, the group also released a tool called The Open Bay, which lets anyone with “minimal knowledge of how the Internet and websites work” deploy their own version of The Pirate Bay online. On December 22, 2014, the official thepiratebay.se domain suddenly came back online, albeit only as a single page. All that being said, we should expect the resurrection of the Pirate Bay pretty soon. The pirate story is to be continued.

Where gadgetry and geekdom is heading in 2015

Everyday things around the house are only going to get smarter. Whether it’s household robots, smart dishwashers or your air conditioning, expect an app for that. The emerging “industrial” Internet of things promises a world where everything from agriculture to street signs to highways will be tech-connected. Some of the latest gadget trends to be expected are:

The year has just begun and who knows whats coming next. Stay tuned.

Check the full article at USAToday.

StackExchange is one of the most visited developers websites in the world, but more than that, it’s a performance powerhouse. To deliver that kind of traffic (a massive 34 TB per month!!!) they encountered some serious performance challenges, but luckily for them and for us (because we can learn from it) they are delivering their pages at 52 ms (homepage) and 33 ms (questions pages). 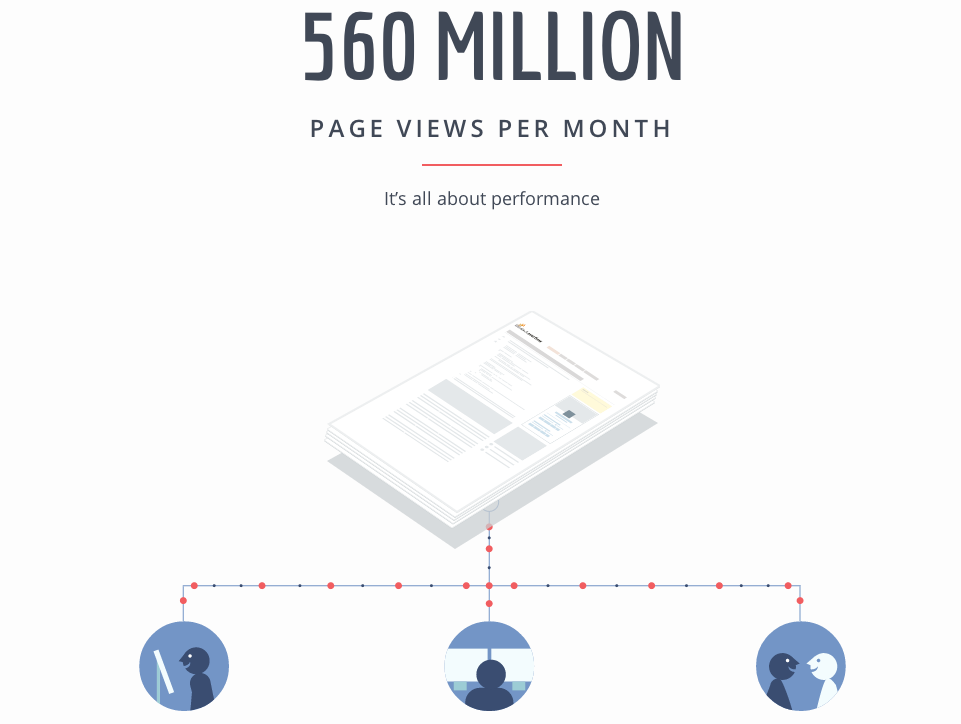 More on their impressive setup can be found here, and for those who want to see it in detail, please visit this thread.