Instart Logic, the provider of cloud application delivery services, unveiled its next-generation Software-Defined Application Delivery platform that features JavaScript Interception, Extended Browser Cache Purge and improved API-support among other advancements.The uncovery was made at the O’Reilly Velocity Conference. Other notable updates include an extended set of APIs with a management portal and a big-data platform that allows users to consolidate, analyse and report various data and statistics. The solution also comes with an embedded machine learning feature for optimized performance and an upgrade tot he company’s patented client technology. 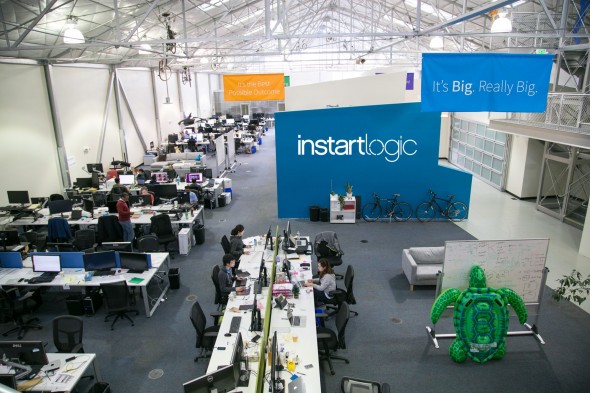 You can read more at NTTICT.

Level 3 Communications, the provider of interational communication and networking services, announced that it has entered into collaboration with Optus Wholesale and Satellite in persue of enabling the latter to locally cache high-demand content on its network while also growing Level 3’s CDN capacity in Australia by almost 3x. Opus will now be able to provide faster and better content delivery by leveraging Level 3’s CDN solutions to it’s customers. Opus has agreed to resell Level 3’s CDN services in Australia.

Apple is taking a big step to make its Swift programming language more and more pervasive. The language’s compiler and libraries for iOS, OS X, and Linux will become available under an open-source license by the end of the year. The language works in Apple’s Xcode integrated development environment and Apple’s Cocoa and Cocoa Touch frameworks. Apple describes Swift as “a successor” to C and Objective-C on its website, with its support for object-oriented programming and whole module optimization. Developers have shown their love for Swift in a Stack Overflow survey. No other language had a higher percentage of developers who currently use it and want to continue to do so. Apple is also introducing Swift 2., making things much more interesting for the developer community.