If you have experienced using e-mail, you have already experienced using the cloud. Basically, what you are loading on your machine, as an e-mail user, is simply – an application. You log in into a Web Service, and all the programs necessary to actually run the application, are located on a remote machine owned by another company. The real storage and the software does not exist on your computer, but exist instead – on the cloud. 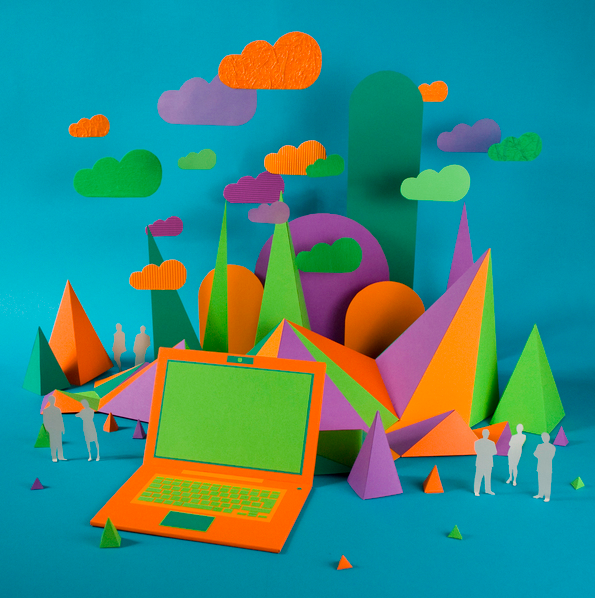 It is estimated that there is over 1 Exabyte of data stored in the cloud at the moment, or 1,073,741,824 gigabytes of data. The Gartner prediction is that at the year-end 2016, more than 50% of Global 1000 companies will have stored customer-sensitive data in the public cloud.

By adopting the cloud, companies are relying on an automated decision making system to reduce the number of the staff they need to perform complex calculations, analysis, and to actually maintain the system.

Cloud services are usually paid for, as and when they are being used. Like a taxi fare. And the meter stops running as soon as you are not using the cloud any more. Whereas with regular hosting, you are paying for the server maintenance and the staff all of the time, and you are not sure that the service will always be optimal to your end users.

What Is It Made Of?

We could say that the cloud is made of layers, usually know as a front end layer, and the back end layer. The network layer is then used to connect end users’ devices.

On the front end of a cloud computing system there is:

On the back end of the system, there are:

Each application will have its own server, and a central server that monitors traffic on all other servers, and communicates through protocols. The software that is used in a cloud computing system, that allows computers to communicate, is known as middleware. As for the data storage, a cloud computing system must copy all data and store it at, at least, one other device. Thus, it requires twice the number of storage devices for the company that provides the service, or more. This is known as redundancy.

The resources, or the electronic equipment needed to handle the data, are stored and housed in data centers, also known as server farms. Actually, so much digital information depends on it.

Cloud computing services will usually cover one of three things; they will either utilize the virtual servers to create a virtual IT, remotely hosted software, or a network storage, with an archive of the data. Those services are usually known as: 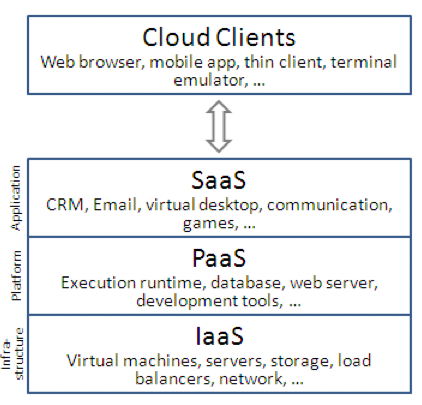 With all these types of cloud computing, it becomes even unnecessary to own your own infrastructure, or even own your own software. You can get what you need from the cloud, when you need it.

The only argument against cloud computing remains the one about privacy and security. However, the growth of mobile industry, the impatience of an average internet user, the millisecond of a page load time that makes all the difference in the e-commerce race, makes it impossible for company owners to ignore the benefits brought to their business by using the cloud.

Another discussion revolves around cloud computing as being a greener option, or not. Generally, it reduces the power consumption by decreasing the number of hardware components within individual businesses, and by not using the natural resources such as paper, it reduces the carbon footprint significantly. However, large data centers also use up enormous amounts of energy, in US alone, for example, the consumption equals to more than sixty billion kWh of electricity.

… and a video bonus: