Home Resources Blog Google gets sued, Twitter allows polls for everyone, Amazon is shutting down Square competitor Register and more in this weeks news

Google gets sued, Twitter allows polls for everyone, Amazon is shutting down Square competitor Register and more in this weeks news

A driver for Google’s same day delivery service filed a proposed class action lawsuit against the company,  alleging it improperly classified her as an independent contractor and owes expenses. Like drivers in the Amazon case, Google Express driver Anna Coorey said in her lawsuit that she was hired by an intermediary courier service but is required to work only for Google during her shift. Drivers wear Google Express uniforms and are required to accept every delivery assigned to them during each shift, the lawsuit said. Ride services Uber and Lyft face similar lawsuits from drivers, brought by the same law firm which filed the case against Google. The case is filed in a Massachusetts state court and has opened a huge public debate – what is the level of benefits owed to workers in the on-demand economy. It’s going to be interesting to see how the case unfolds. 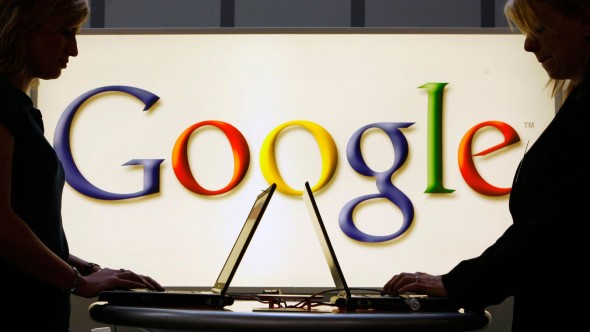 Twitter user will be able to poll their followers, and they’re available on Twitter’s web app as well as in Android and iOS apps. all users will be able to ask their followers a question and give them two answers to choose from. The polling feature appears at the bottom of the window used to a compose a tweet, among other media options.  Users have also been able to tweet a question and tally responses. The new polling feature makes this process easier, of course, and offers broader reach. This is helpful for any company, public figure or any given user looking to quickly poll a product, prediction, event, etc. It also gives users one more way to engage with the platform, something Twitter is eager to see happen. Twitter is evolving fast and the polling update will undoubtedly become a new twitting trend.

Amazon says it will no longer take on new Register customers. Those already using Register have until February 1, 2016 to migrate over to another point of sale. After that date, Amazon will kill its Register service altogether. Merchants will have access to their transaction history until February 28, 2016. The mobile point-of-sale system, Amazon Register, has been launched just one year ago. processing payments is an exceedingly difficult business to make money in and often operates on thin margins. In order to succeed in the space, service providers need to have clients with high sales volumes, which rules out many small businesses – it’s possible that Amazon wasn’t earning much from the transaction rates, causing the company to shut down the service.

LeaseWeb, the provider of hosting services that has their own native Content Delivery Networks, announced the launch of LeaseWeb Cloud in Asia by supporting its Cloud portfolio through its Singapore data center to further expand its cloud services in the Asia-Pacific region.the LeaseWeb cloud platform was provided through its data centers in Germany, the United States of America and the Netherlands, and now, Singapore. The new cloud platform will help the company expand into the Asia-Pacific region and will support all of LeaseWeb’s advanced cloud offerings including Apache CloudStack and VMware-based private cloud solutions along with its All-FAS Flash-based storage, fully redundant architecture as well as extensive APIs.

Instagram will sell carousel ads to businesses via self-service

The Facebook-owned company will let advertisers buy the ads through its Ads API, Power Editor, and Ads Manager interfaces. Companies will be able to manage campaigns using Facebook’s Ads Manager within the next few weeks. Ad revenue is the name of the game, and Instagram has been rolling out new ways for companies to run their ad campaigns on the platform. Campaigns can be designed to expose the company’s brand to more people with more messages or to deliver ads to people who are most likely to click through and purchase something. Instagram has grown from nothing in 2010 to a user base of 400 million people worldwide, 77 million of whom are in the U.S. Facebook bought Instagram for $100 million back in 2012.