Home Resources Blog Google and Akamai partner up, CloudFlare adds 3 new Data Centers in India to speed up CDN and more in this weeks news

Google and Akamai partner up, CloudFlare adds 3 new Data Centers in India to speed up CDN and more in this weeks news

Google and Akamai partner on speeding up cloud networking

Inside Google’s Google Cloud Platform data-centers, everything is hooked together with 10GB Ethernet. Once your traffic is on its way to the public, it runs on top of Google’s own Content Delivery Network (CDN) Interconnect. That’s still not fast enough so Google has partnered with Akamai, a global CDN provider, to open even more pipes to Google’s Cloud. Google has also announced the general availability of HTTPS Load Balancing, and its software-defined network (SDN) virtualization stack, Andromeda. Google is also releasing Cloud Router and Subnetworks. Together, this pair gives enterprise customers fine-grained network management and control. Google is also speeding up traffic from its cloud to users by making HTTPS Load Balancing generally available. With more than 70 global network points of presence and Google’s private fiber network, Google predicts you’ll see dramatically better latency and application availability. 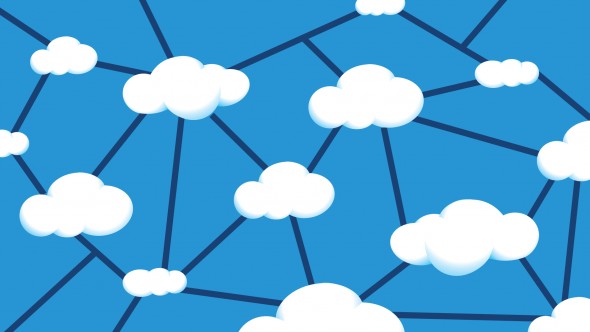 CloudFlare, a content delivery network provider, has added three new data centers in Mumbai, Chennai and New Delhi. Also, the company will add another couple of nodes in India soon. Overall this brings the company’s data center count to 68 worldwide of which 38 were launched this year.  its system will also improve the performance of content hosted inside India, including websites and apps of banks, newspapers, ecommerce startups and nonprofits. As of now, the company provides its core services for free, requiring the webmaster to only change the domain’s DNS setting to integrate into the system. Paid features, such as real time reporting and SSL, will also be available.

Google is ensuring that its shopping search engine is ready to go before the holiday buying season officially starts next week. The company announced at it has made several updates to the Google Shopping platform, with a particular eye toward optimizing it for mobile searches. Google said that the number of shopping-related searches on mobile devices has now surpassed the number of searches on desktops. The smartphone share of online shopping purchases has gone up 64 percent over the last year, and 30 percent of all online shopping purchases now happen on mobile phones, according to the company. There’s a lot of novelties; The most significant aspect of the redesign is the improved search function. The search engine will now allow users to enter keywords and it will return the most commonly searched product categories based on the search terms to help the shoppers narrow down their choices. Users can see which retailers carry the products, and which locations nearby have them in stock, and more.

KilerRat spying software takes njrat to the next level

A new remote access trojan (RAT) called ‘KilerRat’ has built upon the capabilities of njrat to become a feature-rich, sophisticated spying tool. Where KilerRat distinguishes itself, however, is its variety of abilities, a multi-functionality which is quickly gaining the tool popularity within the Middle Eastern hacking world. Under the Command and Control (C&C) server, for example, an operator can allow the attacker to perform a DDoS attack according to specifications of their choosing, provide a link to a file and execute it on the infected machine, save passwords that have been stored in several browsers, begin a Remote Desktop session, and more. It’s also hard to be identified and quite resilient to most of the anti-virus software.

Rackspace, the managed cloud company, announced that International Military Antiques (IMA), which a retailer of pre-1945 military antiques and collectibles, is using its Rackspace Managed Cloud offering to power its Magento-based eCommerce website to ensure that the web-property is able to scale for traffic peaks.  The company had seen more than 1000x growth since it first launched its eCommerce website in 2004 and since IMA did not really have a technical staff that could further work on its Magento-website. Rackspace’s Managed Cloud  jumped in, ensuring rapid deployment and fanatical support and ability to scale to the increased traffic needs.