Initially, it was believed that the malware targets routers and network-attached storage from Linksys, MikroTik, NETGEAR, and TP-Link, but a more in-depth analysis conducted by researchers reveals that the VPNFilter also hacks devices manufactured by ASUS, D-Link, Huawei, Ubiquiti, QNAP, UPVEL, and ZTE.

To hijack devices manufactured by above listed affected vendors, the malware simply relies on publicly-known vulnerabilities or use default credentials, instead of exploiting zero-day vulnerabilities.

Besides this, the researchers primarily shared technical details on a new stage 3 module, named “ssler,” which is an advanced network packet sniffer that, if installed, allows hackers to intercept network traffic passing through an infected router and deliver malicious payloads using man-in-the-middle attacks.

This 3rd-stage module also makes the malware capable of maintaining a persistent presence on an infected device, even after a reboot. 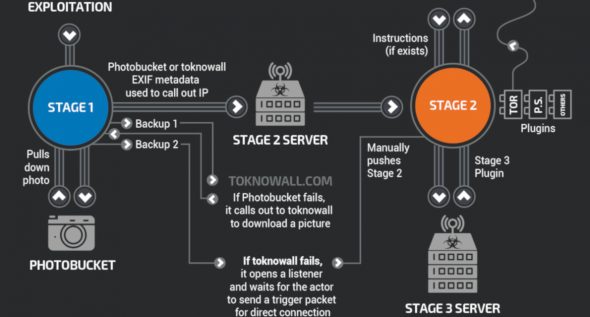