Azure Functions is picking up traction

AWS Lambda has been very actively used since it was introduced in 2014 because of the new way of decreasing the cost of computing and time needed for development on cloud services. Serverless computing allows developers to write code that is triggered by events or functions which are pay-per-use, meaning they cost nothing if they are not called. The news is, Azure Functions is getting increasingly used by developers and the only real difference between the two is that Azure Functions is open-source. Lambda is still the go-to service for serverless computing, but emergance of new competitors may upset their grounds. 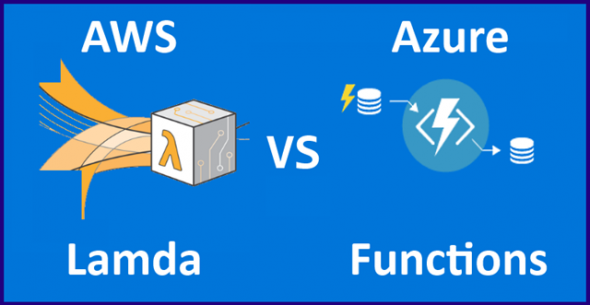 For the past 2 days, users of Lloyds bank have been experiencing website speed issues when managing their financials online. When asked why was this happening, apparently Lloyds bank refuses to share. The author of this blog post from Catchpoint decided to analyze the whole situation and reported some issues with their DNS servers in detail.

Using Grafana to track metrics, Cloudflare reports of something very strange they’ve seen on one of their client’s charts. Apparently, the chart shows multiple spikes across the entire spectrum resembling a porcupine (as they’ve called it – porcupine attack). The spikes were a number of HTTP requests (500k to 1M HTTP requests per second) that happened every 80 minutes and lasted for 10 minutes. The article goes further into analysis of the payload, the scale, geolocation of these requests and more data.

New DDoS scrubbing centers have been opened by Level 3 in Hong Kong, Tokyo and Singapore (Asia-Pacific region) to further enhance their customers capabilities to protect their networks. Here are some reasons behind this move:

Australia, China and Hong Kong are listed among the most vulnerable to cyberattacks, according to a report by Project Sonar.

IoT-compromising malware research by Level 3 Threat Research Labs reveals many connected devices are being compromised and enabling attacks reaching in excess of 600 Gbps.

The new president of Rackspace

Rackspace published an article featuring their new president, Jeff Cotten. Jeff will lead their global sales operations, their international business unit and their growing new lines of business. They’ve highlighted the fact that their strategy remains the same: to help businesses navigate the complexity of the multi-cloud world, and to tap the power of public and private clouds without pain.