Amazon and Cisco have teamed up to make it easier for developers to build apps across cloud and traditional on-premise architecture, switching them from one to the other when required.

Cisco Hybrid Solution for Kubernetes on Amazon allows developers to create their apps either on AWS’s cloud service or on their traditional servers in containers.

Kip Compton, senior vice president of Cisco’s Cloud Platform and Solutions group explained that developers are often expected to work in fragmented environments, with their applications hosted either on the cloud or in traditional on-premise environments. But when switching to a hybrid model, it’s often a complicated process to get up and running, with technologies, teams, and vendors needing to work closely together to make sure apps can move from cloud to on-premise seamlessly.

When setting up apps, developers can choose to deploy them on either AWS or on their on-premise architecture running Cisco’s Container Platform. And if they want to switch the applications from one to the other, they can do so. This means businesses can take advantage of the cloud’s flexibility with the privacy and regulatory approval of traditional, on-premise architecture at the same time. 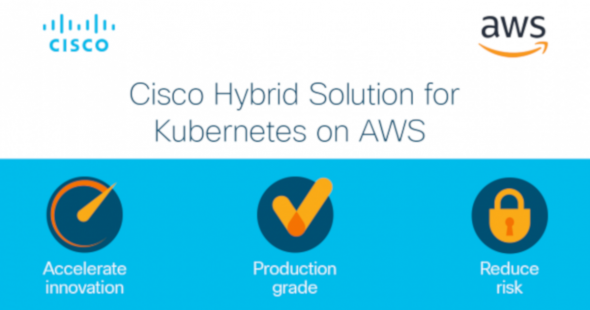