Alibaba pushes into Europe, PS4 Outsold Xbox One, IBM Expands Reach in India and more in this weeks news

Alibaba pushes into Europe with new offices in U.K. and Italy, Germany and France to follow soon

China’s eCommerce company Alibaba has announced the opening of offices in London and Milan as it plunges deeper into Europe , with locations in Germany and France to follow in the ‘coming months.’ It’s largest competitor in China, JD.com, just opened its first U.S. office earlier this month. London will now serve as Alibaba’s European headquarters, headed by Amee Chand. Turning to Milan, Rodrigo Cipriani Foresio will serve as the managing director for Alibaba Group in Italy. Alibaba’s president, Michael Evans, said the push into Europe is designed to help Europeans “understand the opportunities in China and work directly with them in local language,” as well as that it signifies an important step toward the global ambitions of the company. Alibaba is also making big moves into video streaming in its bid to become the “Netflix of China.” Just before the weekend, it submitted a $4.2 billion bid to buy Chinese video-streaming company Youku Tudou, widely seen as the country’s YouTube. 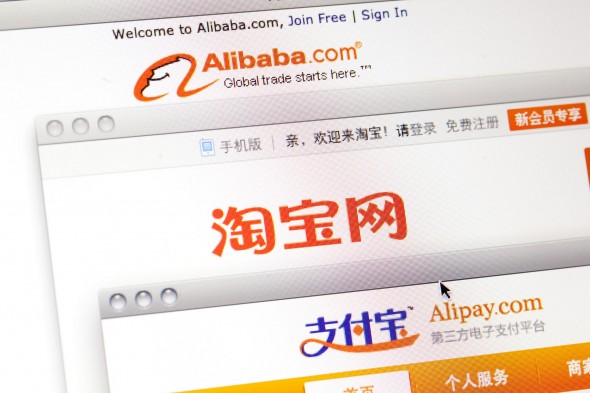 PlayStation 4 outsold Xbox One once again in September

The company has confirmed that the PlayStation 4 outsold its Xbox One and Wii U competition in the U.S. last month, according to data from industry-tracking firm The NPD Group. PS4 has now outsold Xbox One every month of 2015 except for April, and Sony is looking to maintain that momentum as we head into holidays. November and December are easily the two most important months of the year for both gaming hardware and software, and Sony cut the price of the base PS4 from $400 to $350 to compete with the Xbox One’s $350 price. Another important factor is the boost Sony gained from two important third-party games; Metal Gear Solid V: The Phantom Pain and Destiny: The Taken King both came with different PS4 bundles. Those games likely helped Sony’s system stay ahead of Microsoft’s offerings with Madden and Forza Motorsport 6. It’s interesting to see Sony stay on top after the PSN outage.

IBM, which also comprises of managed hosting and cloud services provider SoftLayer, announced that the company is opening a  public cloud data center in Chennai, India. This facility is part of the Company’s $1.2 billion global investment and will increase the Company’s reach and capacity in India by working together with IBM’s cloud center in Mumbai. IBM has also added a couple of initiatives for developers – developerWorks Premium and a cloud certification program to improve the cloud-related technical skillset of the local talent pool. Also, IBM has launched a digital hub “Techstartup.in” to enable better interaction between angels, mentors, investors, academia and venture capitalists of Indian startups.

Google has teamed up with Udacity to introduce the Tech Entrepreneur Nanodegree, a program aimed at teaching students how to build sustainable revenue-generating businesses. Nanodegree is designed to help less technical people learn not just the basics of how to build Android, iOS, and web apps, but also to explain what it takes to design, validate, prototype, monetize, and market app ideas. So far, more than 300000 people has enrolled and it’s available for everybody. The cost is $200 per month for the Nanodegree itself, which includes a Tech Entrepreneurship certificate, access to coaches, guidance on your project, help staying on track, and career counseling. The Tech Entrepreneur Nanodegree will take about four to seven months to complete, assuming students put in about six to 10 hours per week. You can of course take as long as you want, though if you finish within 12 months, Udacity promises to give you 50 percent of your money back. The top 10 graduates will be invited to pitch their final app and idea to venture capitalists at Google.

Content, quizzes and projects are free and available at: Udacity

Check the full report at: VentureBeat

China ride-hailing app Yidao Yongche said that a unit of Beijing-based technology company LeTV has agreed to invest $700 million in the firm in return for a 70 percent stake, becoming the controlling shareholder. Yidao Yongche is facing up against larger, better-funded rivals like domestic ride-hailing market leader Didi Kuaidi, which is backed by Alibaba Group and Tencent among others, and U.S. firm Uber. This market resembles a turf war, as it is fiercely competitive, with billions of dollars being invested to lure in riders with steep discounts and to subsidise the money earned by drivers. Other than LeTV’s expansion into the vehicle market, the company is also developing Internet television and smartphones, as well as an electric-vehicle project named Super Electric Eco-system. By the looks of things, it’s going to be hard to predict the further development of this market.