4K Streaming – What to Expect?

One of the latest trends in technology, the 4K Ultra HD is about to get much bigger. the impact of 4K is growing month by month. The new resolution format itself is slowly starting to remake perceptions of where the entire visual media industry will be going over the next few years. Consumers want high quality and resolution, and broadcasters want their ultra HD recordings and their live casts available everywhere. We just might see that in 2015. 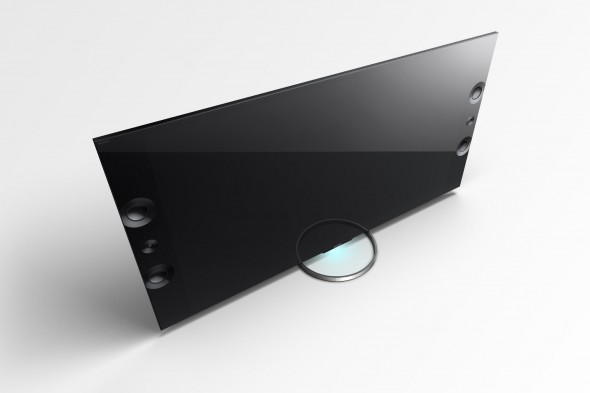 According to Accenture research, 18% of consumers indicated their intent to purchase a 4K TV in the next 12 months. The impact of 4K is growing month by month, reprogramming the entire visual media industry and setting it’s course for the next couple of years.

These are the latest trends we can expect during this year;

Netflix has been offering 4K streams of various TV shows and movies since April of 2014 and as of December, it was joined by Amazon Prime Instant Video’s new 4K streaming service in the race for more UHD content over the Internet. Recently, they welcomed DirecTV, Comcast, UltraFlix, Sony Unlimited Instant Video and many others aboard. In other words, the selection of 4K entertainment in 2015 is about to get bigger than ever and the user base is yet to expand.

A fast high-speed Internet connectivity is crucial to the wider proliferation of 4K. The data loads that 4K streams is truly massive and content broadcasters are painfully aware of this. Faster connectivity is a major issue that 4K providers are tirlessly working on. An expansion in the number of homes that can enjoy access to internet speeds that at least consistently cover the minimum 25Mbps necessary for reliable ultra HD streams.

Live broadcasts of sports events have already been conducted by several broadcasters in 4K resolution but so far, all of these have been strictly limited beta productions that were delivered to tiny audiences. Sony delivered several FIFA 2014 World Cup matches to theater audiences in the UK. We’ll be able to see some of the first widespread commercial broadcasts of live sports events in 4K pretty soon. Netflix is also pushing what’s called high-dynamic range (HDR) content, which could improve the fidelity of TV shows even more.

Out of all the trends, this one is the biggest. Mobile browsing is the largest growing and the most adopted megatrend so far. It’s taking over desktop and getting bigger every day. The first mobile phones with 4K screen displays are virtually guaranteed to go on sale in 2015 and should be able to render UHD video in its native resolution of 3840 x 2160 pixels. If your Wi-Fi connection can manage 4K streams, the ultra HD content will be hitting mobile screens, opening up a new frontier for 4K. 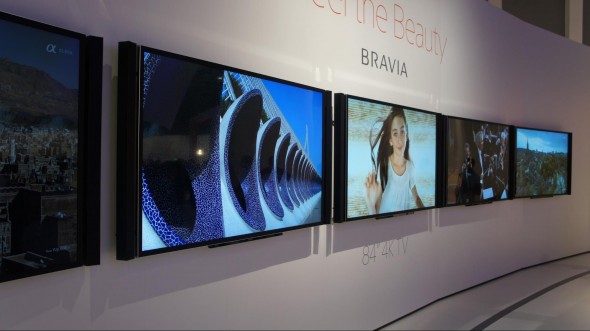 Ultra HD video is really data intensive, but that alone should boost the competition for faster broadband which is a good thing. The rise of 4K will be followed by a rise of streaming media; 4K video content will almost entirely be delivered via streaming media on the web. This is where the majority of it already gets viewed from. The new technology is going every where and is about to become the next standard. 4K screen resolution first appeared in theater projectors and TVs, now it’s well established in PC display monitors and creeping its way into even smaller laptop screens. In other words, 4K is about to put classic HD in the history books.

It’s not too optimistic to imagine 4K resolution as the new standard in all the cameras. The shooting capacity is about to go wild, making it a new standard part of filming in the following years.

92 percent of the TVs launched at CES had 4K resolutions. Besides the TVs, 4K monitors are also poised to proliferate, with the likes of HP, Samsung and LG pushing higher-resolution screens for editing, photography and gaming. DirecTV announced a modest expansion of its still-nascent 4K VOD app to LG Smart TVs. Comcast said it will begin to roll out a 4K STB, the X1, later in the year, and that 4K streaming was available via an app for Samsung Smart TVs. TV vendors are having their own version of a platform war as they jostle to position their Smart TV operating systems as the place for exclusive 4K content.

22% of televisions sold for the year ending November, 2013, were Internet-connected TVs. With Smart TVs set to have higher availability, more content choices, and lower prices in 2015, expect that number to increase significantly.

Mobile surround sound is just one of the amazing features that goes hand in hand in this new megatrend, allowing you to have surround sound wherever you take your mobile phone or tablet.

Small remote-controlled drone copters aren’t new to CES, but they keep getting better and better. Live streaming of video from mobile phones and other devices is changing our ability to experience live events and broadcasts; there isn’t much need for a camera crew on the scene nowdays; live streaming from drones may make real-time aerial news coverage accessible to many more broadcast journalists. The streaming/visual technology is taking a huge step foreward towards the ultimate viewing experience. Let us know what you think in the comments below.