Google Compute Engine can now serve a million load-balanced requests per second, according to a recent announcement. "This number is 20 times greater than the throughput in last year’s Eurovision Song Contest, which served 125 million users in Europe and was hosted on Google Compute Engine," it is explained. All due to their new load balancing setup that uses simple APIs and a single IP address to serve the traffic. Compute Engine Load Balancing has now the ability to detect unhealthy instances and dynamically add and remove new instances to serve traffic, which in turn addresses the hard-to-solve problem of cached DNS entries in end-user browsers. Read the entire announcement here and find a review at GigaOM here.

Jerry Chen shared valuable insight into the triangular frameworks he uses to analyze opportunities and spot disruptive technologies in the IT infrastructure and enterprise application spaces, as a partner at Greylock. Evaluating each market (cloud, developer software, enterprise application…) start-ups is very different, he claims, since these markets build on each other.

Chen developed frameworks such as the infrastructure triangle and the enterprise-app buyer's triangle (see images below), which he believes are the key frameworks to organize thoughts on how each technology is currently being disrupted. 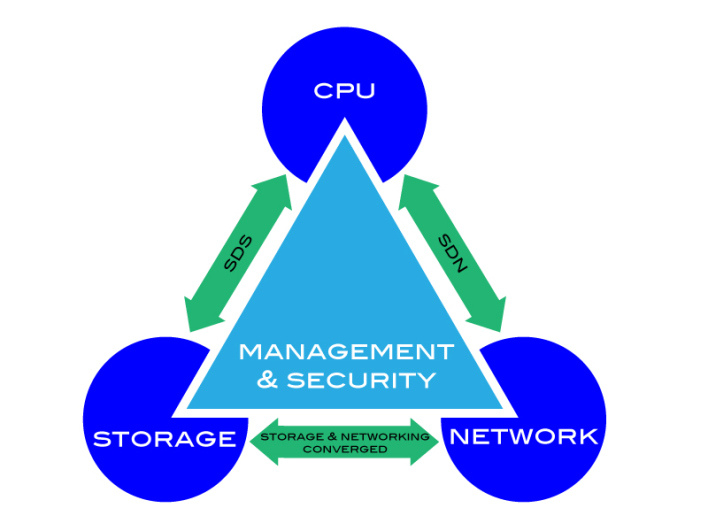 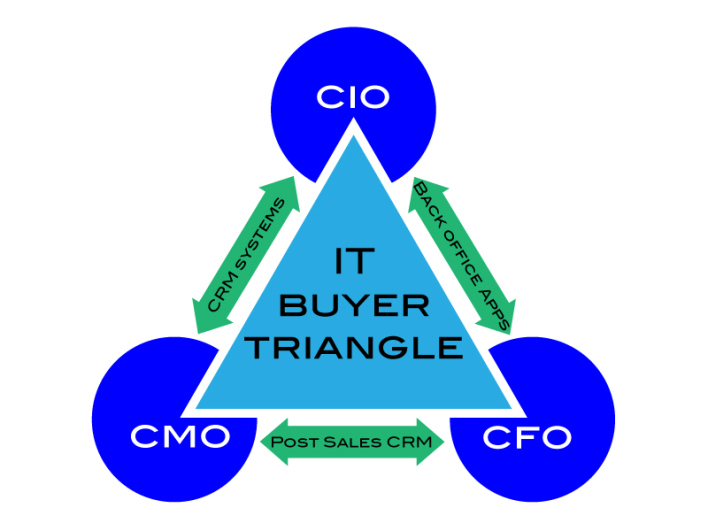 Detailed explanation of each triangle strategy can be found here.

"There’s more than $450 billion spent each year between data center infrastructure and enterprise applications, which means we need to draw some pretty big triangles," he concludes.

Michael Krigsman published an article at Cloud Ave focusing on new startups that he visited while attending this year's Dreamforce conference, organized by Salesforce, and held in San Francisco. Several startups stood out because of their interesting product, excitement, passion, and energy, clear and well-defined product concept, active customers, and willingness to learn and explore multiple points of view, he claims. "To be clear, I merely selected three impressive companies from among those I spoke with."

Find out why in an article here.
A video on this discussion is available here.

While the cloud is becoming more and more popular, the concern about security grows. The EFF team has asked companies about what they are doing to bolster encryption in light of the NSA’s unlawful surveillance of everyone's communications. "Dropbox, Google, SpiderOak and Sonic.net are implementing five out of five of our best practices for encryption," they claim. "By adopting these practices, these service providers have taken a critical step towards protecting their users from warrantless seizure of their information off of fiber-optic cables." EFF's survey results are also published in a form of an infographic, that can be found in entirety here as well as details of their survey process.

"While everyone in Silicon Valley is talking about the power of Big Data, the number of people who actually understand how to harness Big Data — so-called “data scientists” — is exceedingly small," the Venture Beat team announces its upcoming event. Data Beat 2013 will take place from December 4-5, at Redwood City in Canada. The summit regularly attracts senior-level technologists and business executives, as well as data scientists. The announced speakers are business execs from Verizon, LinkedIn, MailChimp and many other successful companies, professors from acclaimed universities such as MIT, or UC Berkley, and more. The future of data science, its disruptors and new technologies are to be explored.