More secure network? A less clogged website? Maximum availability of your commerce? Reduced loading time of your page? Increased interactivity? To meet all these requests, the cloud computing evolves. It also pushes the evolution of Content Delivery Networks (CDNs), which are basically surrogate servers located in various data centers around the world. But what about data centers? What are their capacities, and how huge have they grown today. Incredibly huge, as the cloud evolution pushes the evolution of data centers as well. Data centers are massive. Below, we list those that span in more than 1 million square feet.

China is to completed a 6.3 million square feet large cloud computing data center in Langfang, in Hebei province, in 2o16, to be nearly the same size as the Pentagon. The developer, Range Technology, collaborates with IBM on the initial data center build. Range and IBM will run the data centers collaboratively to provide services to private enterprises and Chinese government agencies. At Range Technology, they say that this data center construction will play a pivotal role in integrating cloud computing center with the platform of Internet of Things. IBM is to provide design services, technology, training, solutions and business applications, while the Hub is to prompt economic growth and serve as an IT hub for the region, especially in times of pressing demand for cloud computing and mobile devices.

SwitchNap is the world's largest operating data "campus", situated in southern Nevada to avoid natural disasters. The SuperNAP is the largest of seven NAPs in the Las Vegas Valley, owned by Switch communications. The founder of SuperNAP, Rob Roy, has also patented 177 cooling systems and facility designs for data centers, basically reinventing all parts of the traditional data center. Thousand of fiber optic lines run beneath Las Vegas, previously owned by Enron, this is unparalleled worldwide. Switch Communications build on this, and armed guards are everywhere around the SwitchNAP's high-walled, windowless, electronically secured building. Switch's operations provide solutions for cloud computing, country's telecommunications providers, and push economy both nationwide and internationally. Utah Data Center, the National's Security Agency's 2 billion dollars facility is also known as Community Comprehensive National Cybersecurity Initiative (CNCI) Data Center, and code named - Bumblehive. This one is known to be able to capture all forms of communication, phone calls, emails, internet searches, personal data, i.e. it works as an intelligence community. It is to be fully finished in September, 2013. Located 25 miles south of Salt Lake City, it is nearing completion of more than 1 million square feet data center area. The official site says its purpose is to "to monitor, strengthen and protect the nation," while locally, it is known as "the spy center". NSA is using the AES 256-bit algorithm for the encryption of such sensitive data that it is to collect at Bumblehive. "Computer experts have estimated it would take longer than the age of the universe to break the code using a trial-and-error brute force attack with today's computing technology," they conclude. 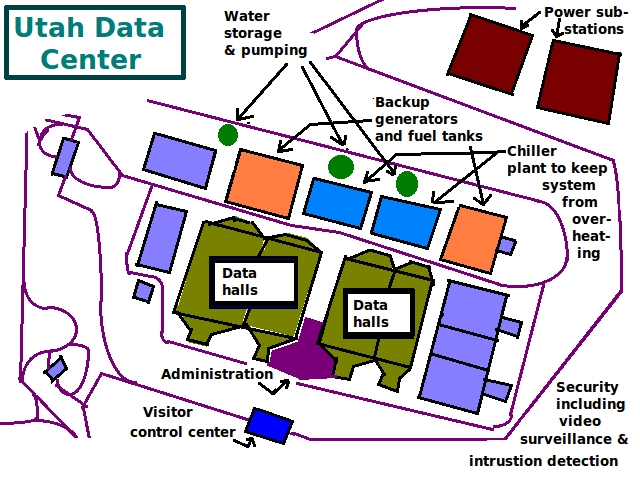 Lakeside Technology data center is a telecommunications hub owned by Digital Realty Trust, a Schneiuder Electric customer, built in 1999. The landmark building, located at 350 East Cermak Road in Chicago, rises above what is a span of 1.1 square million feet data center. Originally used to house the printing presses for the Yellow Book and Sears Catalog, it now holds fibers and power cabling, and heavy computing equipment, producing hundreds megawatts of power. The cooling system is an 8.5 million gallon tank of a refrigerated liquid. Inside, the modern cloud computing infrastructure, on the outside it's a Memorial Library, with huge cathedral ceiling and bookshelves. The room was also featured in a film "Stranger than fiction, by Will Ferrell. Lakeside technology data center, in majority holds the data of Chicago financial companies.

Built in February, 2012, the Tulip is India’s largest data centre, offering more than 1 million square ft of space spanning over 4 cities. Tulip Telecom has chosen IT major IBM and data centre consultant Schnabel to collaborate with them and establish a data centre in Bengaluru, which the company said will be India's largest and the world's third largest data centre. The Tulip is comprised of 20 modular data centers in a four-tower building, and produces up to a hundred megawatts of electricity. The facility is dedicated to cloud and networking services. 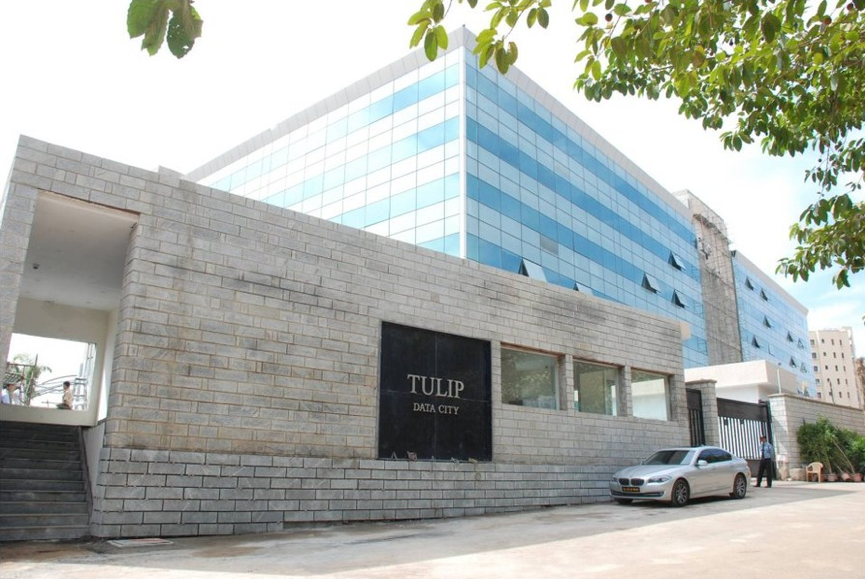